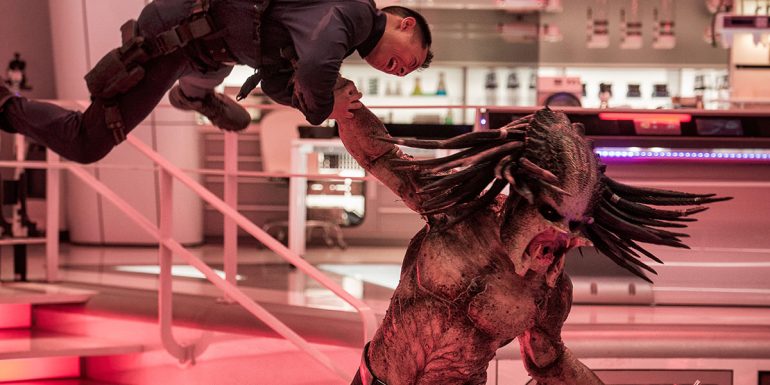 I haven’t heard good things about this movie; one disturbing article I read is that it felt like a self-parody which doesn’t bode well. Anyway, at least it is officially rated R due to “strong bloody violence, language throughout, and crude sexual references.”

I am hoping to see it at TIFF in a couple of weeks and will review it ASAP if I can get my hands on tickets; sadly TIFF is still rooted in the 90’s so online sites like mine don’t get press access.

Plot: From the outer reaches of space to the small-town streets of suburbia, the hunt comes home in Shane Black’s explosive reinvention of the Predator series. Now, the universe’s most lethal hunters are stronger, smarter and deadlier than ever before, having genetically upgraded themselves with DNA from other species. When a young boy accidentally triggers their return to Earth, only a ragtag crew of ex-soldiers and a disgruntled science teacher can prevent the end of the human race.