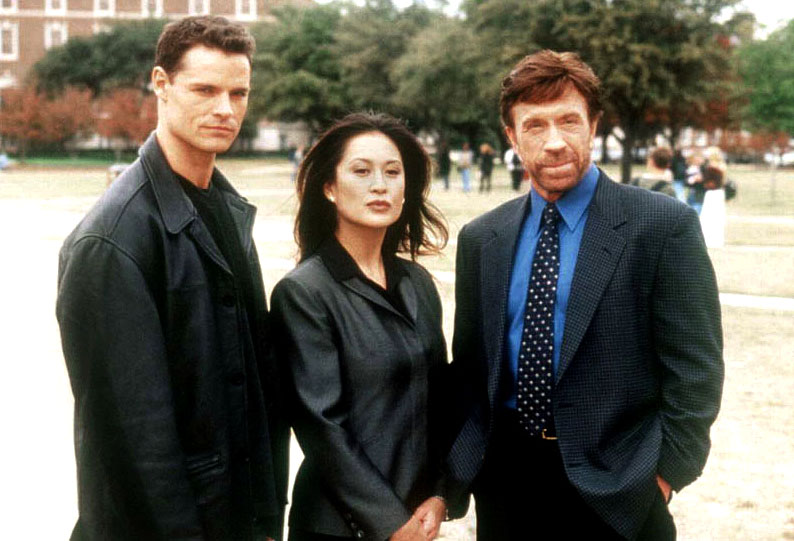 A truly awful/awesome film that needs to be seen to be believed. Can’t wait to watch the sequel.

Review: Chuck Norris stars in this made for TV “actioner” from the year 2000, but from the way it looks I thought it was an early 90’s film. I’m not sure if it was meant to be a comedy or not, but it was absolutely hilarious and looked like it had a budget of $5. I’ve seen YouTube videos with better production values.

With some of the worst camera work I’ve ever seen, The President’s Man is definitely in the “so bad, it’s good” category. I LOVED the sound effects which belonged more in a Looney Toons cartoon rather than a live action movie. The final battle at the end has the best neck breaking sound-effects I’ve ever heard; even after he’s let go of the guy, the sound effects are still going.

Chuck Norris spends the movie with one facial expression and maintains his epic beard of heroism. There isn’t a razor in the world sharp enough to cut through his manly facial hair.

There is a brilliant flashback scene where Chuck stares at the camera, looking “wistful”. The camera stays on him just a bit too long though and much laughter from the audience ensues.

The supporting cast doesn’t fare much better with more wooden performances than Pinocchio.

The music is however, AWESOME; it’s so unbelievably cheesy that you can’t help but smile.

Overall, a truly awful/awesome film that needs to be seen to be believed. Can’t wait to watch the sequel.