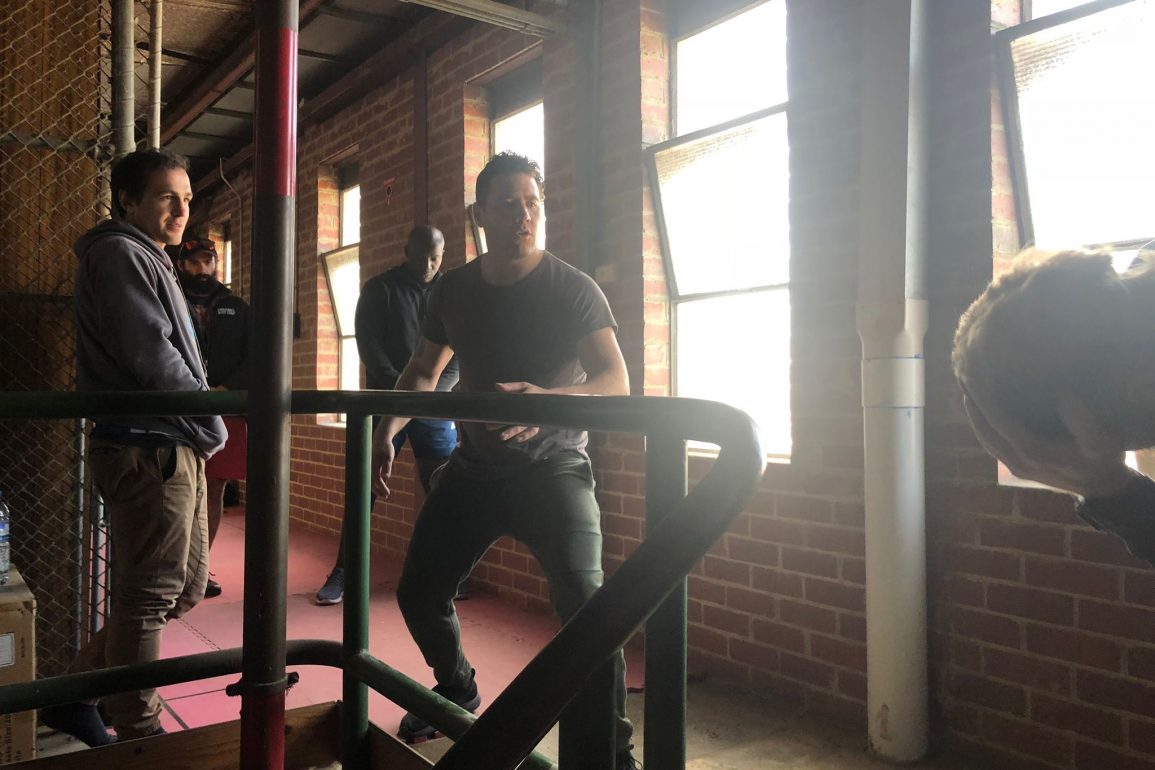 The Proposal is a 12 minute shot of adrenaline with plenty of badass action and a new action star in waiting in Marc Natoli. Definitely worth a watch.

While covering the Film Festival last week I didn’t have time to watch several movies I had to review so I am only now catching up. First up is the short film The Proposal.

The Proposal is a throwback to 80’s action cinema from writer John Fallon starring Marc Natoli and directed by Ben Whimpey. It’s also Edited by Elizna van der Walt while the DP is Juzzy Kane.

The plot is about a gun for hire and all around tough customer Mason Stone (Marc Natoli) who takes his long time girlfriend Emma (Kahli Williams) out on the town with the intent of popping the big question, he finds his proposal plans rudely interrupted by a group of highly skilled assassins who want him dead. What’s a man to do in this kind of situation? Only one thing: kick butt.

First of all the fact that the main character is called Mason Stone is already awesome and reminds me of classic action hero names like Mason Storm from Hard to Kill.

Once Natoli is on screen you know he will be capable of bringing the pain to all comers… and he doesn’t disappoint. Despite the low budget the action is snappy and well shot showing off Natoli as a new badass on the block with plenty of moves during the fight scenes.

There are some choice one-liners too and it feels like a proof of concept for a larger scale feature film which I would be 100% in favour of.

I’ve always been a fan of John Fallon’s writing as he hearkens back to the Grindhouse/Exploitation days in his movies like Deaden or American Muscle however, The Proposal almost feels more accessible for the casual viewer and fans of old-school action fare.

The music score from Dmitri Golovko works perfectly in setting up the badass atmosphere and is especially good during the action… of which there is plenty.

Overall, The Proposal left me hungry for more and I would love to see it with a bigger budget and longer runtime but as it stands Marc Natoli is one to watch.