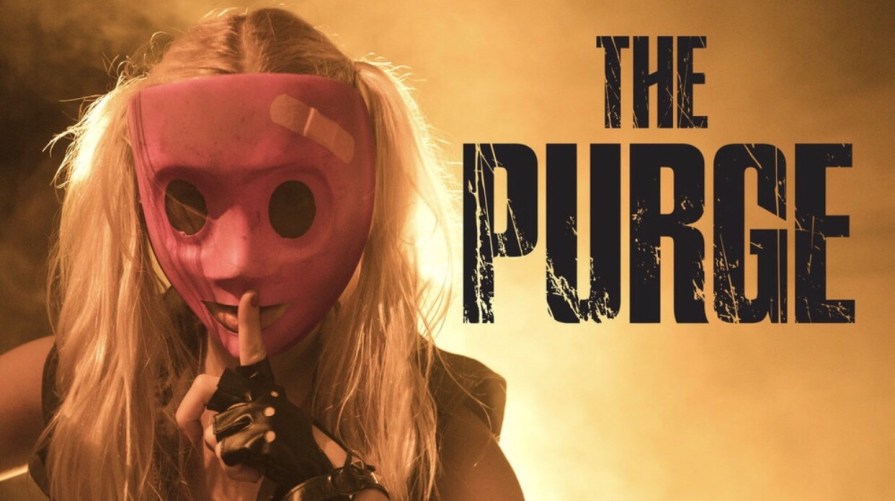 The Purge is intense stuff with a great heroic lead in Miguel and some tension-filled moments which rarely let up. There is a constant feeling of threat where no one is safe making for some massively entertaining viewing. Bring on Season 2.

Plot: During a 12-hour period when all crime — including murder — is legal, a group of seemingly unrelated characters cross paths in a city in an altered America. While the clock winds down, some will fight, some will hide, others will embrace what it means to purge to its fullest extent — whether for revenge, personal gain, protection, or unadulterated glee. As each character is forced to reckon with his or her past and plot how to better their futures, they soon discover how far they will go on Purge Night.

Review: When I first heard The Purge was getting a TV series I wasn’t sure how it would work but after watching the first Season it’s arguably even better in this format. The first episode starts off establishing the characters and the events of the season take place over the space of one night: Purge night. The one night of the year where all crime is legal.

I always thought the whole concept of the Purge was unique and horrifying but not outwith the realms of possibility; judging by how crazy the world is these days nothing would surprise me if such a thing were to ever happen.

The more recent Purge movies are clearly targeting Trump-ism and the show has a few digs as well with people claiming it’s their “right as Americans” to Purge. It also shows the darker side of humanity where we get to release our base instincts for 12 hours thus making the crime statistics for the rest of the year fall. You question the morality of all involved and there are few who will escape this night unscathed physically or mentally.

The Purge TV series very much keeps in the spirit of the movies with excellent production values, strong writing and memorable characters; it also doesn’t skimp on violence remaining every bit as disturbing as the feature length stories.

Although the majority of the characters are rather despicable the one true hero of this season is Miguel played by Gabriel Chavarria; he is a Marine come back to reunite with his sister Penelope who has joined a cult so he spends a lot of his time trying to track her down on the most dangerous night of the year. His introduction is perfect as we immediately find out he has a military background, he is good with kids and will do anything for his family. He is the incorruptible true blue hero in a world gone crazy.

There is a married couple called Rick and Jenna Betancourt who aren’t remotely sympathetic and their relationship with another woman called Lila is frankly a little messed up; I found Jenna particularly annoying and with no redeeming qualities but that was the idea, I guess.

Then we have Jane Barbour (Amanda Warren) who is an executive forced to work the night of the Purge; her boss (played by William Baldwin on excellently sleazy form) is a man of great power and wealth but just might be hiding a dark secret. Jane also has something to hide but I don’t want to spoil anything for those who haven’t watched the show.

There are other characters along the way but I’ll leave that for you to find out as there are many twists and turns to this story which keeps you on the edge of your seat.

The first few episodes set everything up nicely but it’s the second half when things really kick into gear and the Purge gets shocking and incredibly intense. There are several heart in mouth moments and just when you think you have an idea of where it’s going the plot turns on its head and surprises you.

There is no shortage of action with fights, shoot-outs and various brutal killings so this is not for the easily shocked.

Overall, The Purge: Season 1 is an intense ride which really helps explore the world of the Founding Fathers deeper and despite some of the main characters not having much in the way of redeeming features it’s Miguel who shines and Gabriel Chavarria gives a star-making turn as the soldier hero. It’s every bit as gripping as the movies and is a welcome addition to the series; I think this should be the future of The Purge as it just works so much better in this format. 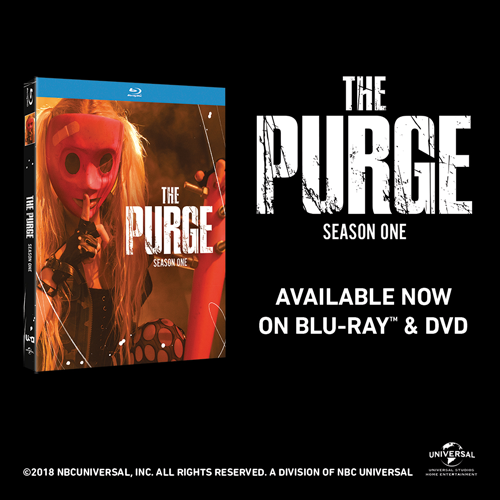