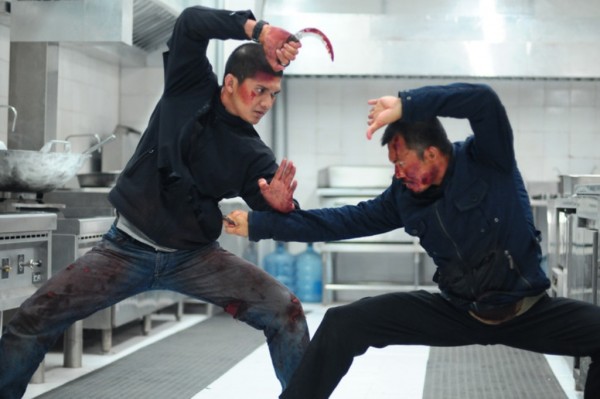 The Raid 2 isn’t just a classic action movie but a masterclass in filmmaking, creating something we haven’t seen before; with stunning fight scenes, riveting story and memorable characters you need to see it as soon as possible on the big screen.

Plot: Only a short time after the first Raid, Rama goes undercover with the thugs of Jakarta and plans to bring down the syndicate and uncover the corruption within his police force.

Review: So The Raid 2 finally hits Canada and after months of hype and positives reviews, does it live up to expectations? No… it blows them away. The Raid 2 is a very different movie from the first one and rather than a constant adrenaline rush of fight scenes, it has more character development and almost feels like what a Martin Scorcese martial  arts movie would feel like.

The fight scenes are some of the best you’ll ever see and the violence is so over the top that you’ll literally be cheering in the aisles. You could have heard a pin drop in that theatre, except after anyone killed in a violent fashion, then it erupted in rounds of applause and cheering.

The two stand out characters are definitely Hammer Girl (Julie Estelle) and Baseball Bat Man (Very Tri Yulisman); their scenes are sadistically violent and yet darkly hilarious at the same time. Hammer Girl’s subway fight scene and the mud battle are arguably the action highlights and it will be tough for any other movie to come close to it this or any year.

Iko Uwais has now cemented himself as one of the all time great action stars and proves that Hollywood REALLY has their work cut out for their unnecessary remake of the first film.

Arifin Putra has real screen presence and has “movie star” written all over him; he plays Uko, the ambitious son of a crime-lord who takes Rama under his wing. He comes across as very cool in the first half but the scene where he casually cuts his enemies throats while chatting about his future business plans is probably the most shocking moment in terms of violence. I would have liked a few more scenes between he and Rama as when they are on-screen together you can practically chew on the tension.

Where the first movie breezed along at a rapid pace, this is a little slower but at no point will you be looking at your watch; sure maybe a few scenes could have been trimmed to shorten the running time but I loved how it just felt like a modern martial arts/crime epic.

Director Gareth Evans is without a doubt one of the greatest action directors of all time and a new movie from him should be hailed as an event for action fans as he has utterly reinvented the genre. Fluid camera work, exciting fight scenes and stunning choreography really demonstrate that there are few other directors who could could create anything like The Raid 2.

Overall, The Raid 2 isn’t just a classic action movie but a masterclass in filmmaking, creating something we haven’t seen before; with stunning fight scenes, riveting story and memorable characters you need to see it as soon as possible on the big screen.