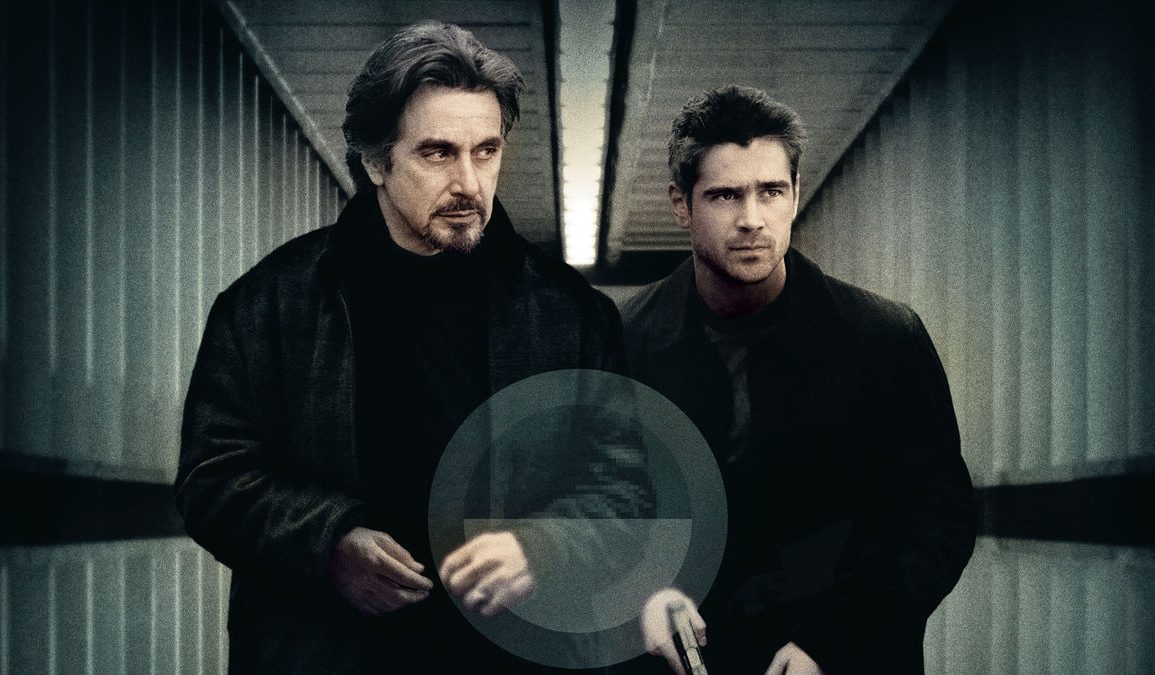 It’s not packed with action but The Recruit is still an enjoyable thriller with Al Pacino reigning it in and actually acting rather than just shouting; Colin Farrell is a sympathetic lead and there are enough thrills and intrigue to keep things moving along nicely.

Plot: In an era when the country’s first line of defense – human intelligence – is more important than ever, comes an explosive thriller that gives an insider’s view into the CIA’s secret training ground: The Farm. James Clayton (Colin Farrell) might not have the attitude of a typical recruit, but he is one of the smartest graduating seniors in the country — and he’s just the person that Walter Burke (Al Pacino) wants in the Agency.

Review: I have to give a shout out to Andrew Babcock for reminding me that this movie existed the other day; I hadn’t watched since 2003 when I saw The Recruit in theatres. It’s more of a thriller than an action movie with little in the way of set-pieces but there is enough to warrant it being on here.

The Recruit stars Al Pacino and Colin Farrell with Farrell playing James Douglas Clayton, a brilliant young CIA trainee who is asked by his mentor Walter Burke (Pacino) to help find a mole in the Agency.

It explores how new CIA recruits are trained in a place known only as The Farm; some of it is based on fact but according to one of the special features on the DVD there is apparently some poetic license taken to make it a bit more cinematic. The sequence with Clayton getting kidnapped and tortured isn’t part of the training as no one actually gets physically hurt in reality.

It’s nice to see Al Pacino show some restraint in one of his better performances of recent times starting off as the mentor but then going full-on Raʼs al Ghul by the end. Colin Farrell is also sympathetic as Clayton whose head is a mess as he is almost obsessed with finding out what happened to his father but he has a good brain and is a natural for the CIA.

Bridget Moynahan looks totally perfect in this movie but is well cast as Layla who may or may not be working for the enemy; her mind games with Clayton constantly have you guessing just whose side she is on. There are multiple twists and turns throughout keeping you on your toes and despite not having much action it is well paced and never dull.

The characters and plot are engaging and it’s interesting to get a look into the training process for new recruits as it’s not something we really got to see before.

There are some deleted scenes on the DVD and one which stood out was a sequence where Clayton is working in the bar and one of the patrons has too much to drink so Clayton makes him think that someone has stolen his car keys so he’ll take a taxi home rather than drive. When the man is getting into a cab Clayton drops the keys back into his pocket so when he wakes up, he’ll think he had them all along. I just thought it was a great character scene that once again demonstrated how Clayton was well-suited for the CIA due to his quick thinking.

What of the action? Well there are a few chases and brief shoot-outs and the car chase with Clayton following Layla is rather intense; aside from that there isn’t much else but it’s enough to keep things moving along briskly.

It does lose a bit of its spark after the first viewing once you know how the story ends but it still manages to entertain and it had been long enough since I last viewed it that I had forgotten all the twists.

Overall, The Recruit isn’t exactly action-packed but Pacino reminds us why he is a legend and Colin Farrell makes for a relatable lead making for an enjoyable and unpredictable thriller.