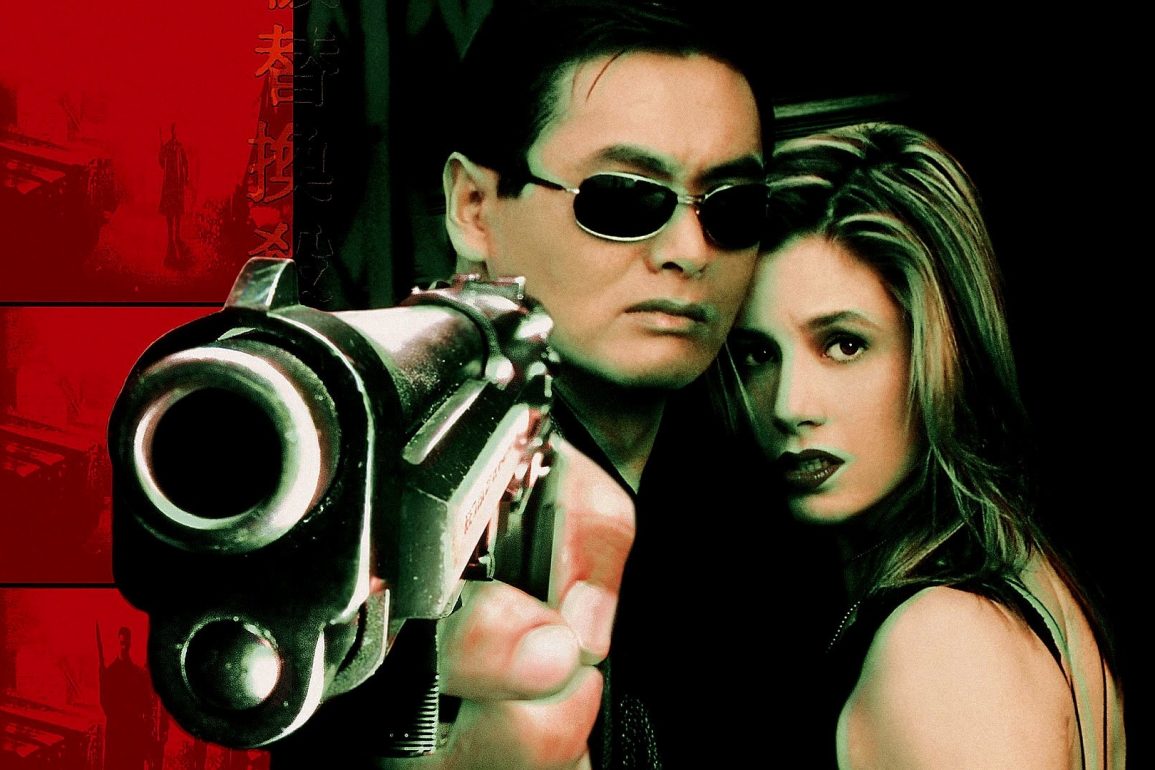 The Replacement Killers and The Corruptor were two of Chow Yun-fat’s most entertaining Hollywood action features but sadly they aren’t talked about much these days. Both are massively enjoyable but today I thought I would revisit both of them and see which one is the best.

Plot: Failing to kill anymore because of his conscience, a troubled hit-man seeks aid from a forger to help him get papers to China. However, the drug-lord has hired replacements to finish the job and kill the hit-man.

The Replacement Killers was produced by John Woo and was also the feature directorial movie debut of Antoine Fuqua who would go on to become an action maestro himself helming action pictures like Olympus Has Fallen and The Equalizer movies.

Not only was this Fuqua’s Hollywood debut (after a career of mostly music videos and shorts) but The Replacement Killers was also introducing Chow Yun-fat to Western audiences however, it wasn’t a massive hit only garnering $19 million worldwide.

It may have come and gone rather quickly from theatres but I’ve always loved it and thought it was slick and stylish capturing the John Woo style of Hong Kong action. There is the obligatory slow motion and double gunplay but Fuqua manages to make it feel kike his own movie rather than simply a John Woo clone. Admittedly some of the slow motion is overdone and there is some unintentional mirth especially when Danny Trejo and Til Schweiger show up clad in leather, wearing shades and totally not blending it at all. If I saw them I would think “oh look, there are two hired assassins…”

I have the Extended Cut on DVD and although it doesn’t drastically change the movie it does provide the characters with a little bit more of a backstory, especially Mira Sorvino’s forger Meg who reluctantly helps John (Chow Yun-fat). We find out that she didn’t have a great upbringing and I think it’s a scene that they could have kept in the Theatrical Cut as it just gives her more depth. Meg is a very appealing character and Sorvino was perfectly cast giving the right amount of toughness and vulnerability to make her believable.

Chow Yun-fat is as expected almost unbelievably cool in this movie wearing flashy suits and sporting double guns so we are in no doubt that this is a John Woo produced movie. His assassin John is forced to kill for his boss and when he refuses to kill the child of a police officer his employer becomes his enemy. Storywise it’s the old hitman with a heart tale but it still grabs you and Yun-fat makes John sympathetic so we are always rooting for him.

You can guess where the story is going pretty early on and it’s obvious that Rooker’s cop will eventually have to team up with John in order to take down the greater threat but it’s such a fun ride that such things don’t matter.

The music score from Harry Gregson-Williams really gives the movie its emotional core with John’s Theme the obvious highlight as it is just achingly sad.

Overall, The Replacement Killers is a massively entertaining action movie with Chow Yun-fat at his coolest, Mira Sorvino at her most appealing and a whole host of awesome actors as villains. The story may not be that original but it works and the action is so well done that you’re grabbed from the start and it doesn’t let up. The extended cut may not change the movie a great deal but it does give it a little more depth and is the version I would recommend.

Plot: With the aid from a New York City policeman, a top immigrant cop tries to stop drug-trafficking and corruption by immigrant Chinese Triads, but things get complicated when the Triads try to bribe the policeman.

It had been a good few years since I last watched The Corruptor and frankly, I’d forgotten just how good it was. I think when I was younger, I didn’t appreciate it enough as it really has a sophisticated script and complex storyline that goes in all kinds of unpredictable directions.

Chow Yun-fat’s character Nick Chen is a dirty cop but he’s not necessarily a bad one as he still believes in doing the right thing, but he also doesn’t have a problem with turning his head the other way at times. When “green” cop Danny Wallace (Mark Wahlberg) shows up one day he reluctantly takes him under his wing, but Danny may just have ulterior motives for joining Chen’s unit. The two eventually form a bond but can both of their souls be saved before it’s too late?

I’ve been watching some behind the scenes interviews on the movie and director James Foley said the most appealing aspect about the story was the moral centre and how the characters are more layered than your average action movie. Nick has done bad things especially on behalf of Henry Lee (Ric Young) but as the story progresses there are so many twists and turns that at times it can get a little confusing. Ric Young has always been so good at playing the sleazy bad guy and he’s perfectly cast as the manipulative Lee who tries to use Danny to his advantage.

The great Byron Mann plays Fukienese Dragons gang leader Bobby Vu and although the character is rather one note he is a force of nature where every moment he is on screen violence is never far away. The human villains don’t really matter in this as it is the internal struggles which our protagonists have with themselves which is what makes this so watchable.

It’s a grimy tale with no shortage of violence but every second feels authentic and that’s what they were going for. Apparently, there was advisor on set and when they asked him if they thought a certain scene could happen or not he would say “yes but in reality it would be even worse and even more violent”.

Chow Yun-fat has always been immediately magnetic on screen and he is one of my favourite actors; Nick Chen is arguably the best character he played in a Hollywood movie but also one of the oddest as he has all kinds of ticks and quirkiness. Despite the character’s flaws you still take to him and you can understand why Danny would be beguiled by him.

Wahlberg looks like he’s about 14 in this, but he is well cast and believable as the rookie cop with a bad history with his father. Screenwriter Robert Pucci talks about how Danny joined the police because of his father who was corrupt and is now a gambler that keeps owing money to the wrong people. There are complicated relationships throughout, and Danny’s father is played by the always amazing Brian Cox who may not win father of the year but he does have some wisdom which he imparts to his son before he does the wrong thing.

At an hour and 50 minutes there isn’t a single scene that feels unnecessary as every character beat matters and the story is immediately engaging. The action is slick and it only ever goes a few minutes before a shoot-out ensues.

Carter Burwell provides the score and the opening credits theme is especially memorable however, I found it was more the hip-hop tunes which stood out most throughout the picture.

Overall, The Corruptor is still a cracking action movie with moral grey areas and fascinating characters that will keep you entertained. At times there is a lot going on with the plot but it’s ultimately incredibly rewarding.

This is actually really tough as I think both movies are awesome; I think Corruptor is easily the better film in terms of story and characters; it also has that amazing car chase but on the other hand The Replacement Killers is achingly cool with no shortage of John Woo-inspired action and I love John as a character. After much deliberation I think I’ll go with Replacement Killers as it’s just such an easy watch and also doesn’t have the downbeat finale that the Corruptor has. Which is your favourite?