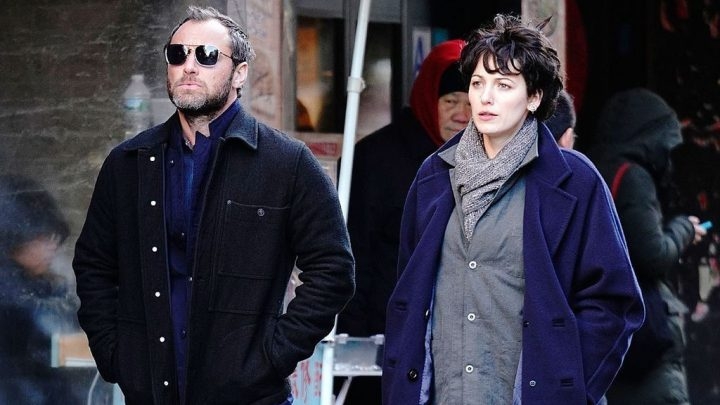 The Rhythm Section is a slick spy thriller with a standout turn from Blake Lively; it may be a little familiar but the action is efficiently done and the performances make it worth a look.

Plot: Blake Lively stars as Stephanie Patrick, an ordinary woman on a path of self-destruction after her family is tragically killed in a plane crash. When Stephanie discovers that the crash was not an accident, she enters a dark, complex world to seek revenge on those responsible and find her own redemption. Based on the novel by Mark Burnell, from director Reed Morano (“The Handmaid’s Tale”) and the producers of the James Bond film series, The Rhythm Section also stars Jude Law and Sterling K. Brown.

Review: I always thought The Rhythm Section was a strange name for an action movie as it doesn’t exactly get the adrenaline pumping; I like my action titles to have words like “EXTREME”, “DEADLY”, “IMPACT”, “MAXIMUM” or “FORCE” but if you have read the book or once you see the movie itself The Rhythm Section does make sense and is an effective title.

Although this is from the producers of James Bond this is not a female 007 movie and far grittier with an R rating; sadly it isn’t all that violent and it’s really just some profanity that justifies the rating.

The Rhythm Section takes a while to get going but Blake Lively is a revelation and you can’t take your eyes off her which is what will keep you engaged. Watching her transform from rock bottom and slowly make her way to becoming avenging angel is worth the odd ponderous moment. The performances all round are excellent with Jude Law coming off as believably gruff as an ex-MI6 agent hiding out in Scotland which has rarely looked drearier… and that’s saying something.

There isn’t much in the way of levity but it wouldn’t suit the tone of the movie which is more sombre and really is a tale of how we deal with grief. The flashback moments where we see Stephanie Patrick’s (Lively) family are brief but effective where it makes us care for her plight and sympathise with her.

When the action does kick in it’s directed well and makes you feel the threat of it; Stephanie isn’t an invincible badass but when she is faced with fighting an enemy or trying to survive a car chase she is nearly hysterical as she is pushed to the absolute limit. This obviously just makes us want her to succeed even more as the runtime goes on she gets more confident and I would enjoy seeing her character return in future stories.

The score from Hans Zimmer (producing) and Steve Mazzaro (composing) is reminiscent of Gladiator and I’m pretty sure that’s Lisa Gerard doing her thing as the haunting lone voice during some of the quiet moments. It’s a fantastic score but there isn’t anything all that memorable or iconic so I doubt I would listen to it outside of the movie.

I can’t quite put my finger on it but something about the movie didn’t quite gel; maybe it’s just all rather familiar as there are so many spy shows and movies now that it’s difficult to tell them apart. I just feel like there isn’t anything all that spectacular and I don’t see this being a massive box office hit as there is very little buzz surrounding it. Where James Bond was always the male fantasy with fast cars, gadgets and super villains I don’t think anyone would want to be Stephanie Patrick as this is far more grounded in reality with nothing that really stretches credibility.

Overall, The Rhythm Section is slick and effective and director Reed Morano is one to watch but there isn’t much that stands out aside from Blake Lively’s stellar turn. The action is well done and feels gritty but it takes a while for anything to happen so I would maybe wait for Netflix.