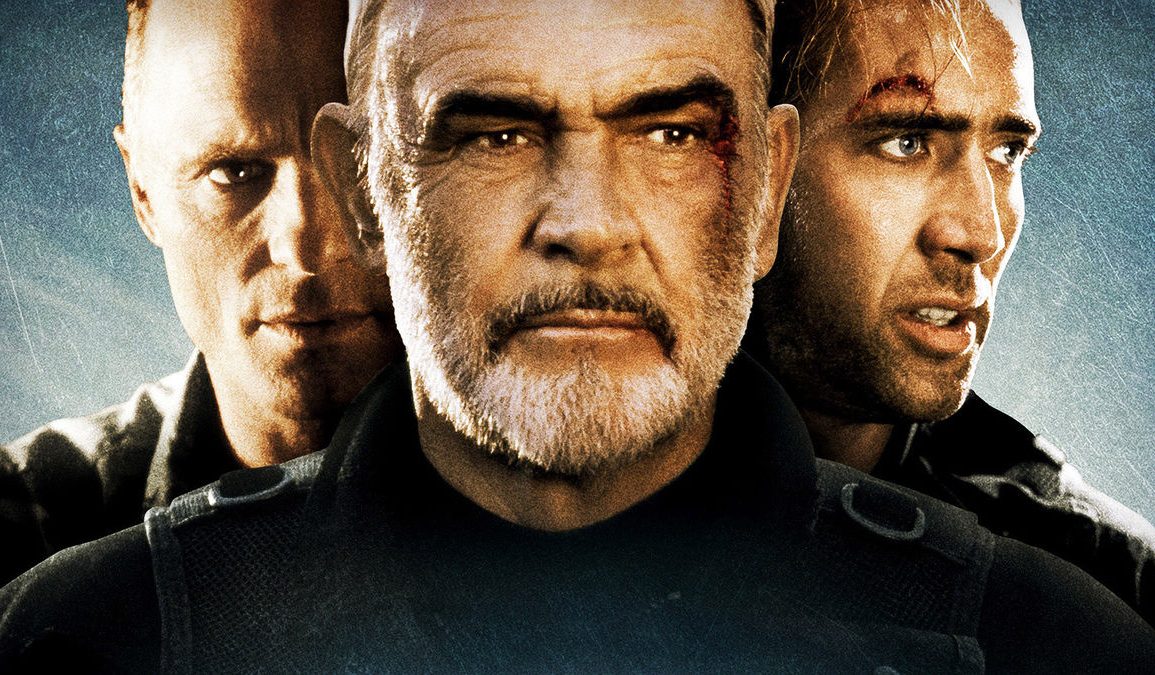 The Rock Sequel We Never Saw

The Rock remains not only Michael Bay’s finest hour but also one of the best action movies of all time; the cast are all at the top of their game and Hans Zimmer’s score is truly magnificent. The music during the opening scene still gives me chills. The movie ended pretty perfectly with the attack on San Francisco thwarted and Stanley Goodspeed (Nicolas Cage) finding the microfilm courtesy of John Mason (Sean Connery).

There had been talk for years of a potential sequel and rumour has it they even had Michael Ironside in their crosshairs to play the lead villain.

According to a website called Angelfire.com the story supposedly involved Stanley Goodspeed going on the run because he has the stolen microfilm and the FBI is after it.

He is basically a wanted man and the FBI sends deadly mercenaries after him, one of which is the main villain (Ironside) who will do anything to get his hands on the microfilm.

Enter John Mason, a free man. He knew that Goodspeed was going to get in deep for having the film. Goodspeed teams up with Mason and they mainly dodge and kick the mercenaries’ butts. The villain kidnaps Goodspeed’s girlfriend and her newborn baby, then he kidnaps Mason’s daughter. He brings Goodspeed’s girlfriend, the baby, and Mason’s daughter to Alcatraz and holds them hostage, and asks Goodspeed for the microfilm as a ransom. Goodspeed and Mason go back to Alcatraz in the climax and then from there on, it’s up to them.

It also had the title The Rock 2: Poisoned Minerals which was surely someone having a laugh as that’s just an appalling title for a movie.

They go on to say that the mercenaries who are after Goodspeed threaten to unleash poisonous, deadly minerals into the water near Alcatraz that will poison San Franciscan’s drinking water and will eventually spread to the shores of the city, sink into the ground and poison everything in its path if Goodspeed does not give up the microfilm….where do they get the minerals? From little bits of none other than The Rock itself.

This should be taken with a pinch of salt but re-writes were rumoured to have flashbacks of Mason when he was a British spy, stealing the microfilm as a non-subtle nod to his Bond days.

Personally I’m glad the movie never saw the light of day as the first movie ended as it should and also this storyline sounds kinda lame.