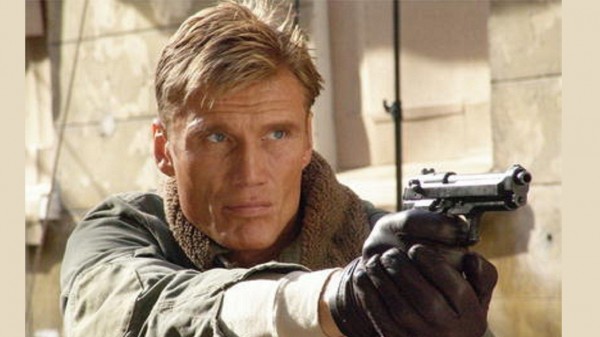 The Russian Specialist AKA The Mechanik (2005) Review

The Russian Specialist is worth a watch and the last 20 minutes are pretty awesome..

Plot: Nick Cherenko used to be a Spetznaz (Russian Special Forces), but now he lives peacefully with his wife and child, far from violence and war. When his wife and his children die in the cross-fire of a gang war, Nick seeks vengeance, waking up the soldier inside himself in order to settle the score.

Review: It’s funny, when you read the plot descriptions of this movie, it merely sounds like another revenge tale, but there’s actually much more to it. Dolph’s upcoming Skin Trade isn’t the first time he has dealt with human trafficking as this movie has Dolph and a crew of men rescue someone’s daughter from traffickers.

The interesting twist is Nick thought he had killed the man who took his family from him so when he is asked to rescue the girl, he initially declines. Once he discovers that the kidnapper is Aleksandr ‘Sasha’ Popov he vows to finish the job and bring the girl home to her family.

At first I thought he was playing the same character he played in Red Scorpion which would have been rather cool but instead his name is just incredibly similar and he is also ex-Spetznaz.

The majority of the film has most of the cast looking sad so it’s pretty sombre and not exactly a fun story, but I found myself caring about each of the characters and wanting them to get away.

Although some of the pacing is leisurely, Dolph directs the action efficiently; I say efficiently as there isn’t anything flashy about it and nothing really sticks in the memory. The final 20 minutes is when the action kicks in and makes it worth sitting through the character development and story.

Nick is pretty monosyllabic too so you don’t feel like you get to know him all that well; he’s emotionally distant and is there simply to do the job.

Ivan Petrushinov plays the villainous Sasha who practically owns the movie as he’s a despicable scumbag and you so want him to die by the end.

You’ll also recognize Ben Cross from Undisputed 2 and he once again plays a good guy; he’s quite interesting though as he’s a man who drinks too much and has a fantasy about running away with his “girlfriend” who is in fact a hooker.  He may be the most layered character of the film actually and is at first pathetic but ends up being a bit of a badass.

Aside from that, it’s nothing really new and Dolph has done plenty of better movies but overall The Russian Specialist is worth a watch and the last 20 minutes are pretty awesome.