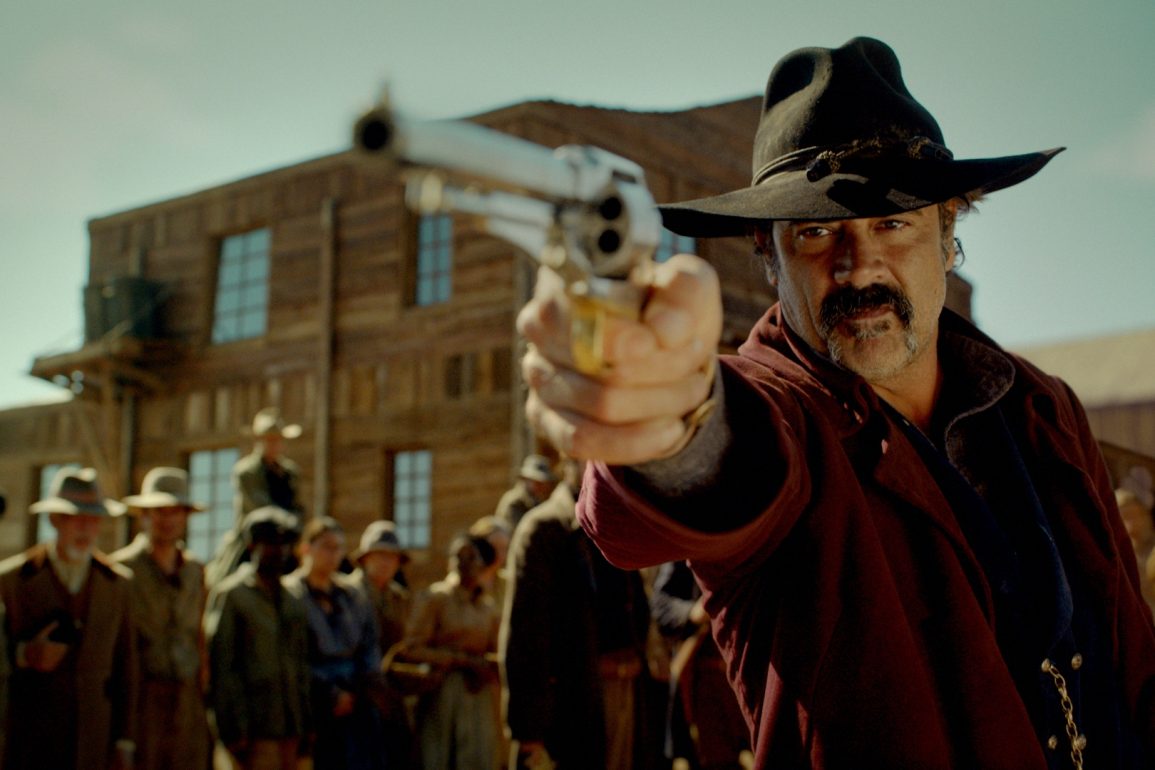 The Salvation is well acted and has an engaging story which will keep you gripped until the end.

Plot: After shooting the man who murdered his wife, a Danish settler (Mads Mikkelsen) incurs the wrath of the man’s brother (Jeffrey Dean Morgan), a ruthless land baron who rules their frontier town.

Review: The Western genre has always been one of my favourites so when this caught my eye on Netflix the other night I had to give it a watch. With a cast that includes Mads Mikkelsen, Jeffrey Dean Morgan and Eva Green I knew it would be of a high caliber.

I’ve really enjoyed watching Mads play good guys recently with this and his turn in Rogue One; he’s played enough villains in his time that it’s refreshing to see him play a hero. Well, maybe hero is the wrong word but he’s the protagonist in this tale whose wife and kid are murdered by some outlaws.

Filled with rage Jon Jensen (Mikkelsen) hunts the men down and kills them in cold blood; the end of the story? Nope as one of the men just so happens to have a brother played by Jeffrey Dean Morgan. He is in full-on Negan mode in this movie so you can expect him to be scary as Hell… if a little one note.

As great as Mikkelsen is though it’s Mikael Persbrandt who plays his brother Peter and practically steals the movie; he has the coolest voice and his loyalty to his brother is unflinching, making him a total hero.

Eva Green is a mute in the movie but her face is incredibly expressive and demonstrates that you don’t need words to show hatred for people… shooting them does the trick too.

Former footballer Eric Cantona is essentially the henchman character and although he doesn’t have much to do he’s suitably intimidating and is a far better actor than you’d maybe expect.

The movie has a serious and quite pessimistic tone but is nicely shot and very well paced; it’s only 90 minutes long so it’s never dull but you still feel for the main character as Jon is clearly a good man who has just been pushed too far.

The story isn’t anything we haven’t seen in a million other Westerns and there is the odd moment of CG which has no place in this genre but it’s nothing too major. The fact it’s seen from a Danish settler’s point of view gives the film a uniqueness that separates it from other movies of the same ilk.

There is plenty of violence and a satisfyingly bloody finale make for a thoroughly entertaining Western.

The score has a few nods to Morricone and has some nice twanging guitars even it if it does lack a truly memorable theme.

Overall, The Salvation is well acted and has an engaging story which will keep you gripped until the end. It won’t win any points for originality and I could have done without some of the CG but aside from that it’s hugely entertaining with a high bodycount.