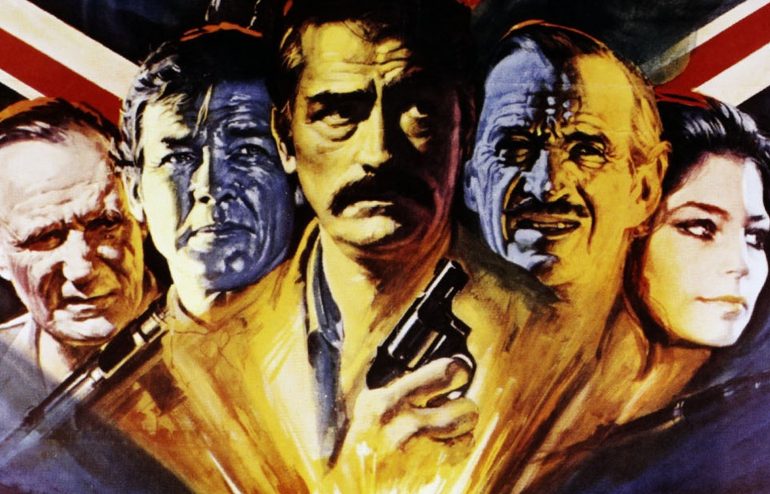 The Sea Wolves has a fantastic cast who have some choice dialogue and the action is well done… it’s just a shame there wasn’t more of it. This affects the pacing in the second half but the finale is exciting enough to make up for it.

Plot: A German spy is passing on information about the location of Allied ships in the neutral harbor of Goa, India, with catastrophic results. Unable to undertake a full military operation in the Portuguese stronghold, English intelligence brings out of retirement a crew of geriatric ex-soldiers (Gregory Peck, Roger Moore, David Niven), veterans from World War I, using their age as cover. These old soldiers are asked to take to the seas and pull off an unlikely undercover mission.

Review: There’s something immediately appealing about these old-school men-on-a-mission movies when we have a ragtag group of old-timers coming out of retirement for one last job.

Based on a true story The Sea Wolves (or The Sea Wolves : The Last Charge of the Calcutta Light Horse to give its full name) has a great cast that includes Roger Moore, Gregory Peck, David Niven and Patrick McNee with Moore essentially playing Bond again but he isn’t afraid to get a little more brutal in this movie at one point snapping an attacker’s neck.

The Sea Wolves is surprisingly violent in places which is always a plus and what action there is was well done with several hand to hand fight scenes as well as the final assault on the German ships; I found the first half was the stronger as the pace really seems to come to a stop in the middle but it picks up again for the rousing, explosion filled finale.

Gregory Peck does a decent English accent and makes for a believable ex-soldier and he has some choice banter with Moore. The script is sharp and quotable making it all the more charming an adventure.

I’ve always felt Wolf Kahler deserved to be in more mainstream movies as he has a great screen presence; he creeped me out with his turn as the Nazi soldier in Raiders of the Lost Ark so it was nice to see him in a small role in this.

Barbara Kellerman gives a wonderful turn as the dastardly Mrs. Cromwell who is a German spy but also struggling with her blossoming feelings for Captain Gavin Stewart (Roger Moore). She is pretty vicious and not afraid to kill those in her way.

I thought it was an odd choice to keep Moore out of the action at the end with Peck and the crew left to take down the boats but Stewart’s mission was to distract the Germans and that’s exactly what he did.

The music score may be of the time but it’s filled with swelling heroics and just adds to the sheer fun of the caper on screen. It was a nice touch to see the real men behind the mission over the end credits reminding us that this was based on true events.

Overall, The Sea Wolves may have the odd pacing issue but it’s still a fun men-on-a-mission movie and you can’t go wrong with that cast.