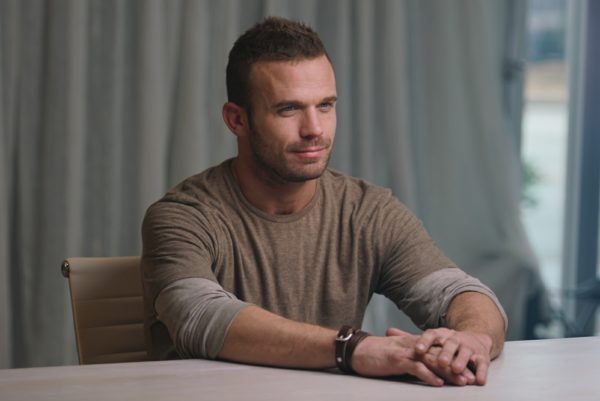 The Shadow Effect is pretty entertaining and the cast all do the best they can with the limited budget and generic story.

Plot: Obsessed with gene regeneration, and fascinated by the phenomenon of the waking dream, Dr. Reese (Jonathan Rhys Meyers) explores the psyche of Gabriel Howarth (Cam Gigandet), a young man whose life is turned upside down when his violent dreams begin to blend with reality. When Gabriel’s dreams mirror political assassinations, he must race against the clock to not only save himself and his wife Brinn (Britt Shaw), but stop an experimental government program. With time running out, and Gabriel’s life on the line, only Dr. Reese holds the key to unlocking the truth.

It has a great supporting cast that includes Jonathan Rhys Meyers and Michael Biehn who do their best with what they’re given.

Story wise it’s business as usual with our protagonist Gabriel Howarth having visions/flashbacks of assassinations which feel all too real for him.  When he goes to visit Doctor Reese (Meyers) he is advised that they are just dreams and there’s nothing really to worry about. Gabriel knows this isn’t the case however, and will stop at nothing to uncover the truth.

There are a few twists however, you can tell pretty early on which way the story is going to go but the main flaw is mostly due to the budget restraints meaning crappy CG explosions and blood. You may find this is something I bitch about often but special effects shouldn’t be obvious in a scene where they actually take you out of it and that was the case with this and so many other movies you see today.

Aside from that the action is mostly well done with Gigandet in badass form as the next Bourne clone. It’s got some entertaining R rated moments and you can never go wrong with Michael Biehn as a villain. If you’ve seen the trailers then this isn’t a major spoiler FYI.

It all goes a bit generic by the end and is (of course) open for an inevitable sequel which I’d probably watch if it had a bigger budget.

Overall, The Shadow Effect is pretty entertaining and the cast all do the best they can with the limited budget and generic story. I’d maybe rent it or just watch The Bourne Identity again instead.