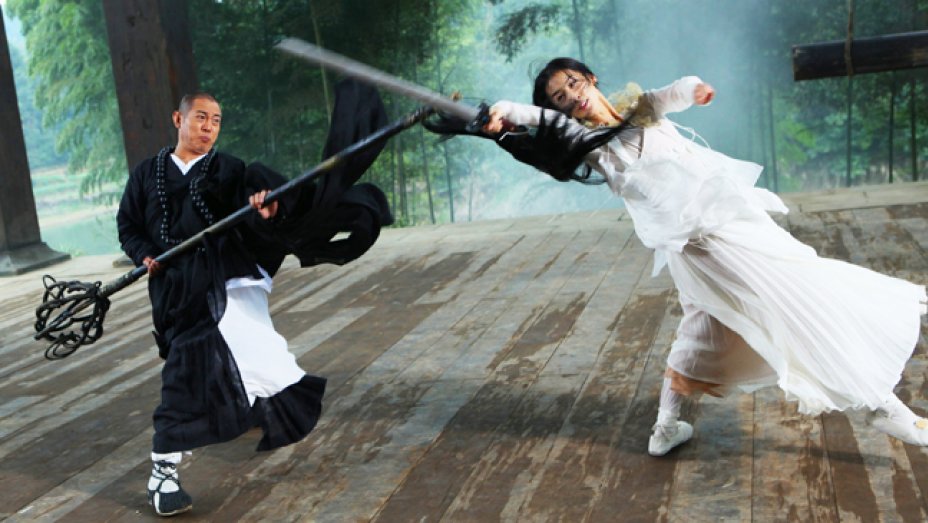 The Sorcerer and the White Snake (2011) Review

The Sorcerer and the White Snake is one of the strangest, most visually stunning and original fantasy films of recent times. You really should give it a shot if you’re looking for something truly bizarre and unique.

Plot: A sorcerer fights for the soul of a young physician who has fallen in love with a woman whose true identity is that of Madame White Snake, a thousand-year-old snake demon.

Review: Jet Li stars in this visually stunning, martial arts fantasy which is one of strangest movies I’ve ever seen. That is by no means a flaw as it was refreshing to watch something with such imagination and it was like nothing I’d ever seen before.

It’s not too often you can say that these days and I got completely swept up in the story which is apparently based on the Chinese Legend of the White Snake.

The action is fantastic (literally) with amazing martial arts, but there are also a lot of fantasy elements with CGI effects, some of which are better than others. The two female snakes are played by Charlene Choi and Shengyi Huang who are both stunning looking but they also have very expressive faces and give great performances.

The film is surprisngly romantic and because it was so strange it shouldn’t have worked but for me it did. There were some things that didn’t quite work like the talking mouse/turtle and the CGI overload at the end, so it definitely will not be for everyone. It does however, have real heart to the story and that makes it all easier to swallow.

The music is fabulous with a really epic sound to it and it really helps in creating this alternate realm of spirits and demons.

Because you’re emotionally engaged with the characters and you care what happens to them, the film flies by at a great pace.

Overall, The Sorcerer and the White Snake is one of the strangest, most visually stunning and original fantasy films of recent times. You really should give it a shot if you’re looking for something truly bizarre and unique.