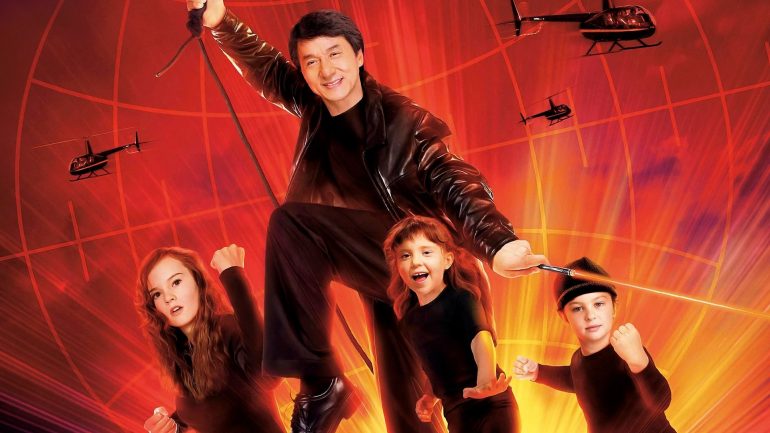 The Spy Next Door is purely a family orientated action film so if you’ve got young kids they will enjoy it and it does have a few entertaining fight scenes but I’d rather have a root canal done than sit through this again.

Plot: Bob Ho (Jackie Chan), an undercover operative for the CIA, decides to give up his career and marry his girlfriend, Gillian (Amber Valletta). First however, he has one more mission to complete: Gain the approval of Gillian’s children. Bob volunteers to baby-sit when Gillian is called away, but the operation hits a snag when one of the kids mistakenly downloads a top-secret formula, and a Russian terrorist takes aim at Bob’s prospective family.

Review: Jackie Chan stars in what is essentially his version of The Pacifier (one was more than enough) and it’s practically the same movie with Chan tasked with looking after 3 obnoxious, hideous children while also protecting the family from a group of villains.

This is nearly as painful as the Vin Diesel movie to sit through but The Spy Next Door at least has some decent action with several fight scenes and Jackie’s sheer likability shining through. His character Bob has the patience of a saint however, as if I had to look after these kids I would go full Anakin Skywalker on them within a few minutes.

It only lasts around 90 minutes but it feels much longer with too much time between action scenes and every cliché in the book making for a predictable and tedious watch.

The supporting cast includes Billy Ray Cyrus and George Lopez who do the best they can but I’m pretty sure they only signed on for the paycheck.  If you’re a parent and have young kids then they will enjoy this more than a bitter old man like me as I’m not the target audience but this is definitely one of Chan’s weaker films.

The music score is decent and has a classic spy movie feel to it and the opening credits show Chan’s other spy movies like The Tuxedo, Operation Condor and more; as with most Chan films the end credits show some outtakes and they are the most entertaining feature of this film.

Overall, The Spy Next Door isn’t really a movie for adults but if you’ve got young kids they will no doubt enjoy it and it does at least have some entertaining action beats.