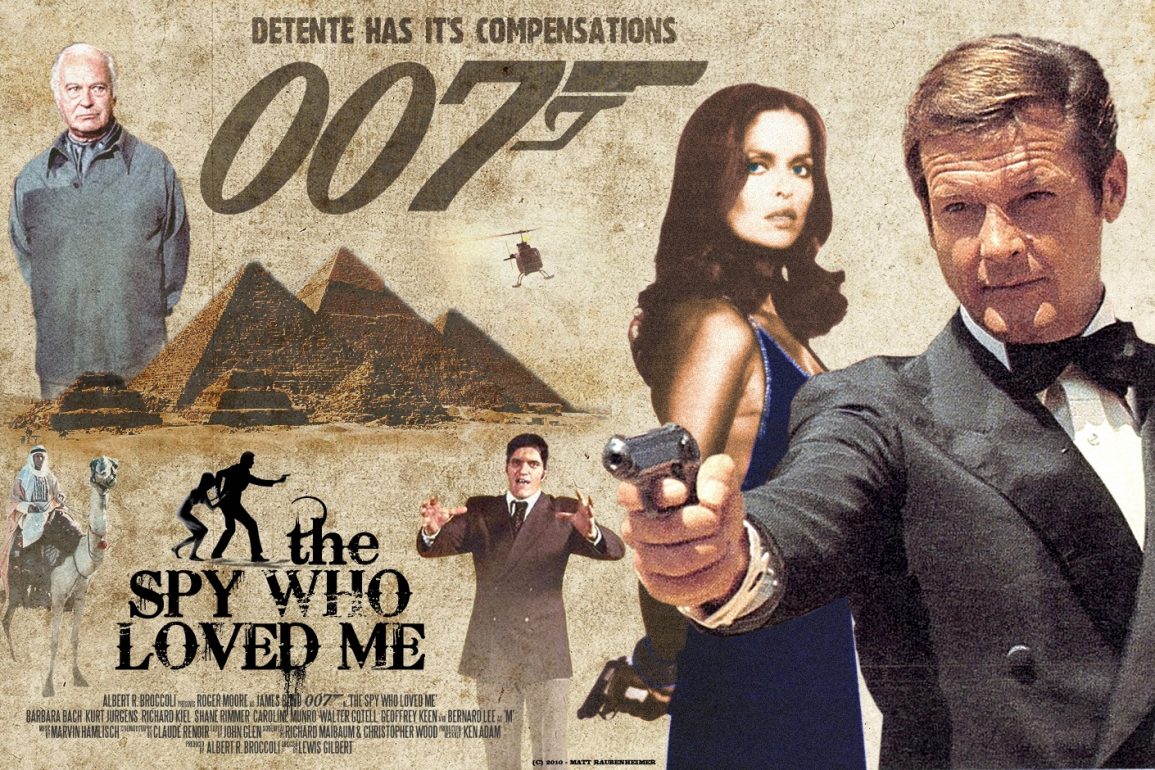 The Spy Who Loved Me is one of my favourite Bond movies because it knows it’s ridiculous and just goes with it.

Plot: James Bond investigates the hijacking of British and Russian submarines carrying nuclear warheads with the help of a KGB agent whose lover he killed.

Review: This is widely regarded as the best of the Roger Moore Bond movies and I’d have to agree; it is hilariously over the top in absolutely every way and that’s why it’s so awesome. You have the fantastic villain Karl Stromberg who wants to blow up the world and live in a more beautiful world UNDER THE SEA.

Now that we have that out of the way; Stromberg is one of the best Bond villains because he’s so utterly insane. He also has one of the most ingenious lairs of any bad guy, which is based underwater and looks almost like a giant octopus.

Aside from Stromberg though, you have THE greatest henchman of all time: Jaws (Richard Kiel). He scared the absolute hell out of me as a kid and frankly he still does. Silent but deadly, Bond hasn’t had a decent henchman like him in many years and none have ever come close (apart from maybe Oddjob).

Roger Moore pretty much has the raised eyebrow from beginning to end and really is more of a parody, but there is the odd moment of seriousness. The main one being when asked about his dead wife, the look of hurt that crosses his face, then anger was nicely done.

This is also the Bond movie with the Lotus Esprit; I’ve ALWAYS wanted that car and one day it will be mine.. oh yes! It will be mine. You can have your Aston Martin and I’ll be quite happy to drive/swim away in this.

The action is is some of the best you’ll see in a Bond movie and there are some truly lavish sets designed for it too.  By they way, how come every villain has their own mini-Monorail system for their henchmen and how the hell do you recruit your own personal army? I want my own army dammit!

The music is hilariously 70’s-esque and has dated rather badly and there is some bad blue screen, but that’s all part of the charm. Nobody Does it Better remains one of the greatest Bond themes of all time and I just love the entire opening credits sequence.

It’s arguably one of the most insane and fantastical Bond movies and that’s the way I like it, it’s escapism after all.

Overall, The Spy Who Loved Me is one of my favourite Bond movies because it knows it’s ridiculous and just goes with it.