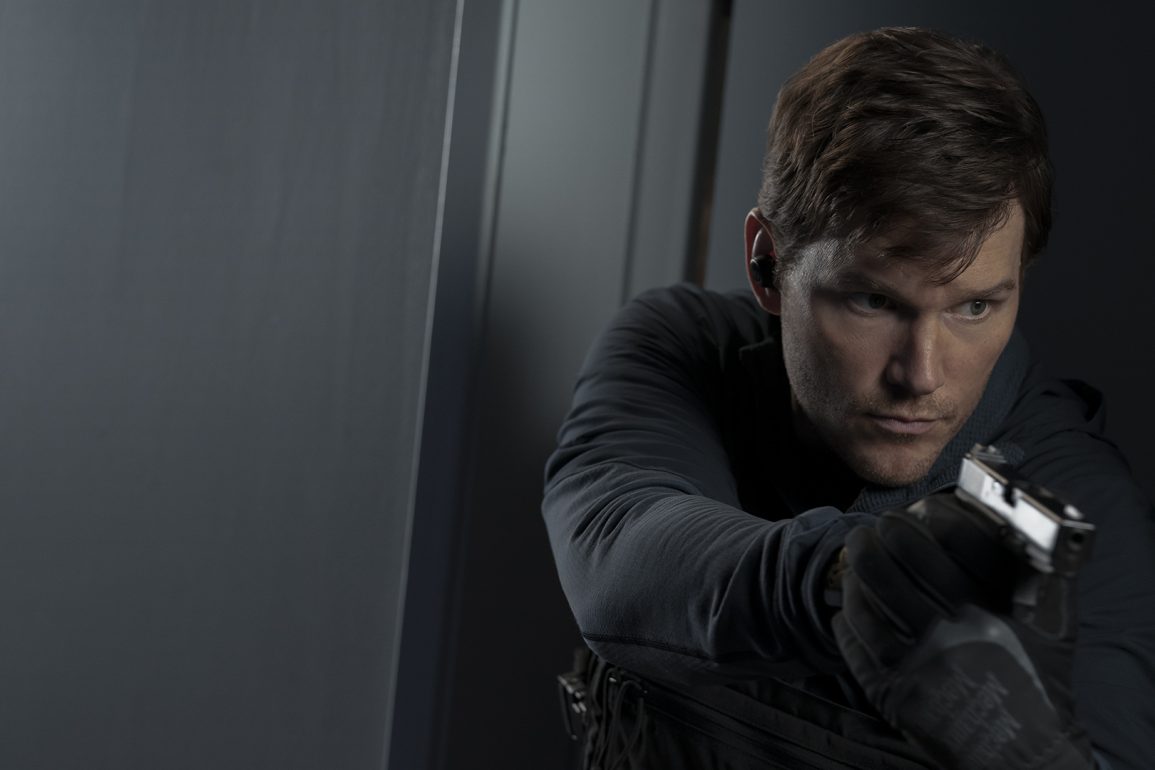 The Terminal List takes a little while to find its footing but there are some awesome action scenes and surprising moments of violence; Chris Pratt is far better as Reece than I expected giving an excellent performance as a character who isn’t especially sympathetic as the story progresses.

Plot: A former Navy SEAL officer investigates why his entire platoon was ambushed during a high-stakes covert mission.

Review: *minor spoilers* Critics haven’t been too kind to The Terminal List starring Chris Pratt but although it certainly has its flaws it’s still a hugely entertaining military action thriller. Before watching this I thought Pratt maybe had too soft a face to be believable as a Navy SEAL out for revenge however, by the time you reach the final episode it’s safe to say that he has rarely been better.

James Reece (Pratt) is a Navy SEAL who loses his whole team on a mission gone wrong; he finds out he has a brain tumor but when people come after him and his family he discovers that there is a conspiracy afoot and he ends up hunting down those responsible.

The Terminal List is mostly predictable and we’ve seen this kind of tale told before but once it gets into its stride (basically after the first 2 episodes) it’s a riveting revenge tale with some surprisingly brutal moments. What’s interesting is that as the story progresses and Reece kills more and more people we start to question if he is in fact crazy as he is so utterly merciless towards his enemies; one scene in episode 4 channels the end of Last Blood but goes one step further than Rambo making it the most disturbing sequence of the entire series.

The show basically asks “how far would you go for the ones you love?” and Reece will apparently go too far leaving a huge pile of bodies in his wake.

I’ve always liked Taylor Kitsch who plays Ben, Reece’s brother in arms who joins him on his trail of vengeance; he can blend into any role whether it be villain or hero and in this series no one is all good or bad. The pair have a good rapport providing some levity in between the violence and (sometimes repetitive) flashbacks.

Jai Courtney also shines here as the greedy corporate leader Steve Horn but it took me a minute to realize that was Paul McCrane (the toxic waste guy from RoboCop) as his business partner Mike Tedesco. Constance Wu as reporter Katie Buranek is also a welcome addition as she tries to discover the truth about what has happened to Reece and his men; other great supporting cast members include Con Air’s Nick Chinlund and Waterworld’s Jeanne Tripplehorn who add extra gravitas.

When I first started watching the series I found it too dark looking where it was hard to see what was going on a lot of the time; I got used to it though and I wonder if it may in fact be my TV that’s the problem. It’s 4K and we only got it a few months ago but at times the picture would also get wavy in the background which apparently nobody else has complained about so I’m going to count this down to my own ineptitude with technology. Has anyone else had these kind of strange issues?

At times the show does drag and there isn’t really that much to the story but the action is visceral and the scene in the city where Reece is blowing up cars and taking down the bad guys is arguably the best action sequence; the final episode has Reece essentially turning into John Matrix which is also a major highlight.

Overall, The Terminal List has its problems but Chris Pratt proves surprisingly believable as Reece and there are some spectacular (and violent) action sequences making this one of the better action shows of the year.