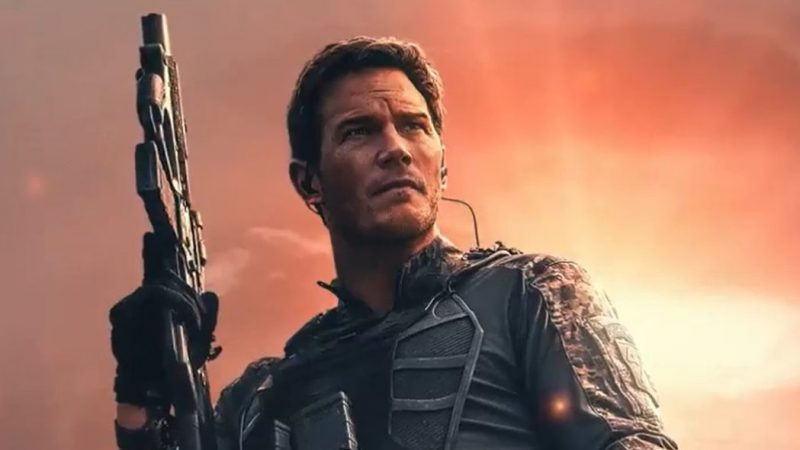 I had low expectations for The Tomorrow War as the trailers weren’t exactly amazing but this has surprising amounts of heart and Chris Pratt proves once again he makes for an appealing leading man; the action scenes are impressive and the visual effects were also better that I expected so if you’re bored this July 4th then this will make an enjoyable double bill with Independence Day.

Plot: A family man is drafted to fight in a future war where the fate of humanity relies on his ability to confront the past.

The world is stunned when a group of time travelers arrive from the year 2051 to deliver an urgent message: Thirty years in the future, mankind is losing a global war against a deadly alien species. The only hope for survival is for soldiers and civilians from the present to be transported to the future and join the fight. Among those recruited is high school teacher and family man Dan Forester (Chris Pratt). Determined to save the world for his young daughter, Dan teams up with a brilliant scientist (Yvonne Strahovski) and his estranged father (J.K. Simmons) in a desperate quest to rewrite the fate of the planet.

Review: I do enjoy alien invasion movies and it seems like perfect timing for the release of The Tomorrow War after The Pentagon released the UAP report last week and today is World UFO Day (adjusts tinfoil hat).

The Tomorrow War may have gone straight to streaming on Amazon Prime but it certainly doesn’t lack budget or a sense of scale; when I saw the first trailer I thought some of the effects looked a little questionable but the final product looked fantastic so this is one of those rare times where I won’t bitch about CGI… you’re welcome.

*I go into mild spoilers here so be warned*

The Tomorrow War wastes no time getting going with Chris Pratt’s Dan Forester falling through the sky and landing (rather painfully) in a rooftop swimming pool in a war-torn future. It then cuts back to 2022 and Dan is celebrating Christmas with his family and watching the World Cup; we also discover Dan has daddy issues and throws out a Christmas Card from his father which is all obviously going to be brought up later.

The party gets rudely interrupted when a portal opens up at the World Cup and people from the future tell us we are at war with an alien species so they require recruits to save mankind from total extinction. Dan is one of the chosen to fight so he and a ragtag crew of soldiers and civilians go to the future to battle for humanity.

Dan befriends the appealing Charlie (Sam Richardson) who is terrified at the prospect of what they face and I thought this was one of my favourite aspects of the film. It really captures the intensity of what these people (and mankind) are going through facing such a deadly adversary in the (rather ludicrously named) Whitespikes.

I thought the creatures themselves looked awesome and for once didn’t look insect-like which tends to be the case with these kinds of movies. They are fast and hungry monsters and I really enjoyed how their entrance was built up so they didn’t disappoint.

Chris Pratt is one of my favourite actors working today and he has a very expressive face; Dan is just a good guy that’s easy to root for and Pratt has that everyman charm that makes the character believable.

J.K. Simmons plays Dan’s estranged father James and any movie is better with him in the cast; he is great at comedy and drama which he brings to this movie with ease.

Yvonne Strahovski has some wonderful scenes with Chris Pratt which gives the movie the emotional heft and provided some of the film’s most dramatic scenes.

I was surprised at how emotionally driven the story was and I really cared about the characters; as much as this is just a fun disposable blockbuster everyone got their moment to shine.

The action is well done too and the first 30-40 minutes were nail bitingly intense as we wonder what nightmare they are all going into; I thought after that it lost a little momentum and never quite picks it up again but it’s certainly never boring. Also the foreshadowing was incredibly obvious at times so there weren’t too many surprises.

Lorne Balfe provides the score which was suitably bombastic giving the film a more epic feel.

Overall, The Tomorrow War is a massively entertaining film that has enough heart, relatable characters and destruction to make for fun Friday night entertainment (just like online roulette). It’s not a classic but it’s an enjoyable piece of escapism which I know I talk about a lot lately but frankly I need it these days.