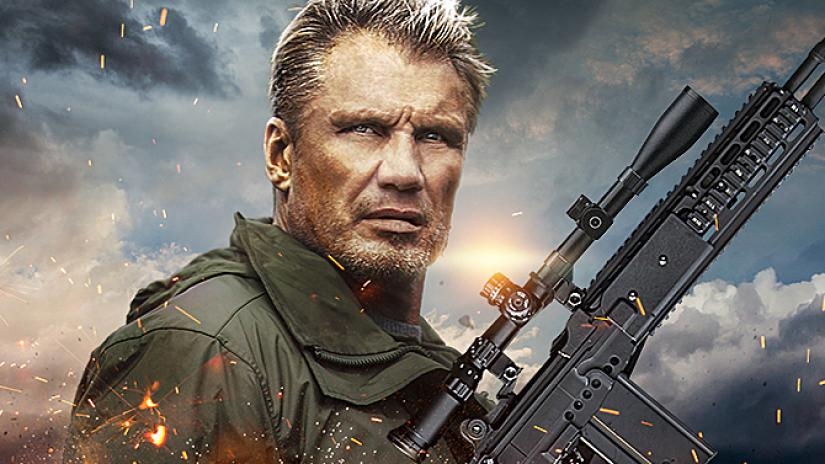 I was really looking forward to The Tracker as it had the potential for some really cool ideas however, it ends up just being a rather bland and forgettable revenge flick with little in the way of action.

Plot: After failing to save his kidnapped wife and daughter, a vengeful man embarks on a bloody mission to punish those responsible for their deaths.

Review: I love to support indie action movies and will always try to be as positive as I can when it comes to reviewing them however, as much as I love watching Dolph Lundgren on screen he deserves so much better than this.

The Tracker doesn’t have much in the way of action and is sadly rather dull with a story that never really engages and characters we don’t care about. We like Dolph because he’s Dolph but there is an obvious use of body doubles at times and the supporting cast come across as amateurish. I just couldn’t get all that involved in the story; it lacked tension or thrills and it’s not something I would want to sit through again.

I think my biggest issue was Dolph was meant to be playing a tracker; all he does is look through a rifle scope but doesn’t do much in the way of y’know… tracking. I was hoping we would see him going through forests and mountains and using nature to track the people he wanted revenge on but there was nothing as interesting as that.

It’s nice to see a movie filmed in lesser known locations in Italy so it has a different look from the usual Eastern European places we see in these kinds of movies. Aside from that though there really isn’t much else I would recommend.

Overall, if you’re a diehard Dolph Lundgren fan you may find more to enjoy in The Tracker but sadly it’s rather boring with little in the way of action and nothing all that memorable.