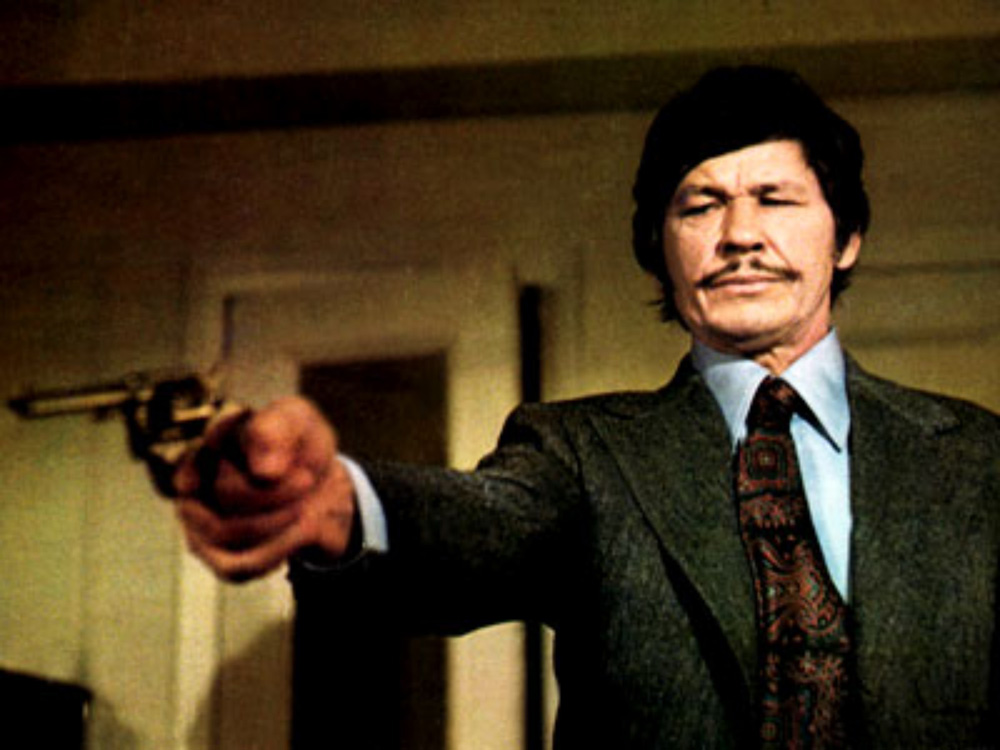 Charles Bronson remains one of the greatest bad asses of all time and this awesome video from the Huffington Post is a great tribute.

The majority of clips are from the Death Wish series but I also saw Messenger of Death and several others.

The final minute turns out to be rather hilarious as it’s the ultimate movie directed by Charles Bronson, starring Charles Bronson as a character called Bronson… code name: Bronson.