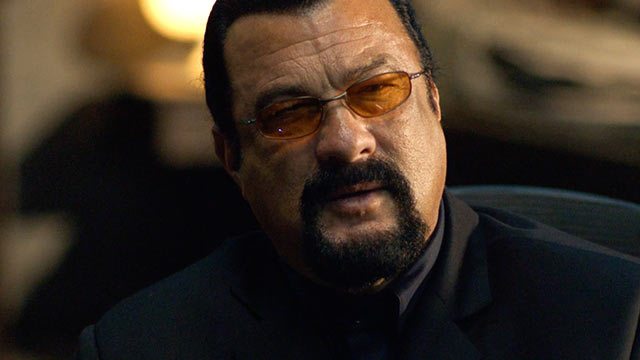 In the 90’s Steven Seagal was one of the best action stars in the business with such hits as Under Siege, Out for Justice and Marked for Death under his (black) belt, it was only a matter of time before someone would want to make a video game of him.

I only found out about this recently and you can read the full story over at Nintendo Player. There was going to be a video game for the Super Nintendo (Best. Console. Ever.) called Steven Seagal: The Final Option where you would get to play as Seagal which looked remarkably like him.

Here is a snippet of what Nintendo Player has to say about the game:

“TecMagik Entertainment Ltd. of Redwood City, California first revealed its partnership with Steven Seagal in September 1993. “There have been a lot of games based on movies, but not any that we know of based on a Hollywood celebrity,” Jeff Tarr, director of marketing for the game publisher, said in an interview with The Hollywood Reporter. Tucson, Arizona-based RSP, Inc. (The Hunt For Red October, Bobby’s World) came on board to develop the title under supervision of Seagal’s own production company, Steamroller Productions. The entirely original plot involved Mr. Seagal teaming up with a mother to rescue her son while “battling all types of villains in the process.”

Even though the video game would prominently feature a Mortal Kombat-like graphical digitization of real people performing martial arts moves, Seagal surprisingly did not partake in any of the filming process. “We have the rights to his name and his image, but we used a look-alike because the resolution of even digitized images on cartridges is not such that you can tell the difference,” Tarr said.

Already the company was looking ahead to a long-lasting relationship with Seagal, guaranteeing that in upcoming CD games they “would work directly with Steven at that time.” Seagal still “consulted extensively” on the project, according to Tarr, and the star received “a [combination] of royalties and guarantees” as his compensation. The game would retail for between $65-$70, which Tarr admitted was “high-end,” adding, “but it’ll be a high-end game.” The decision to go with Seagal in the first place was not based on box office numbers (TecMagik signed the action star before Under Siege, his highest-grossing film, hit theaters), but rather on strong video rental sales.

Tarr banked on the kids who rented Seagal’s movies to also buy his game, and predicted that Steven Seagal is The Final Option would become a “blockbuster, which in the cartridge realm would mean unit sales in the six figures.” Confident in Seagal’s staying power, Tarr insisted that movies come and go but real stars never fade away.

“Celebrities are more stable than films,” he said, unconcerned about whether or not Seagal’s then-upcoming On Deadly Ground did well at the box office (it did not; the action movie with an environmental message debuted to bad reviews, and the $50 mil production domestically grossed only $38 mil [link]). While The Hollywood Reporter profiled the business side of things, Daily Variety offered more of a look into the game’s motion-capture process.

“[TecMagik] shot much of the game at a Santa Monica studio using technology developed for compact disc platforms and a Hollywood-style production team that included a director/producer, actors, dancers, a choreographer and a costume designer.

In four days of shooting, the company filmed more than 10,000 frames of Seagal’s aikido action.” Seagal’s involvement  included “input into plot progression” and approval of the final product. The Final Option’s release was slated for Spring 1994. The game would appear on both the Super Nintendo and SEGA Genesis systems. After missing that deadline, The Hollywood Reporter again covered the game in June 1994, updating the Super Nintendo release to “early 1995.” A Genesis version was not mentioned.”