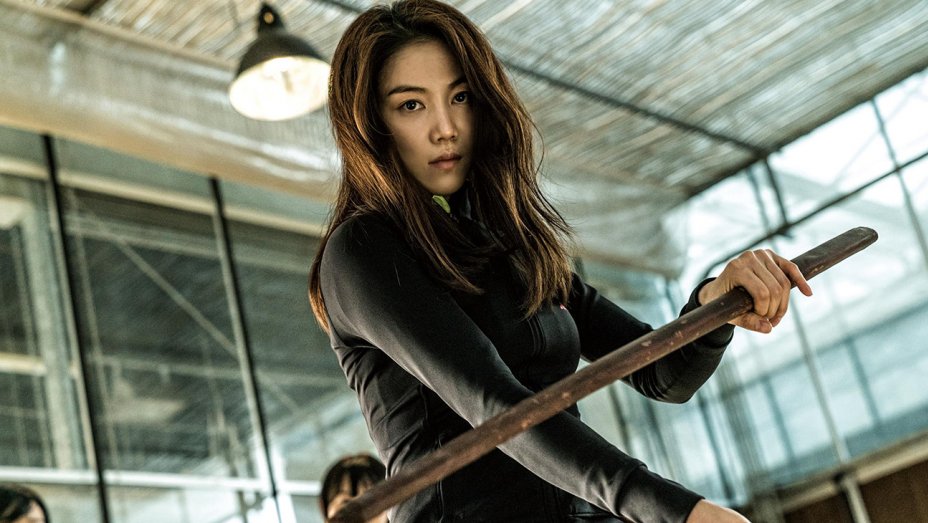 The Villainess has its moments but I really don’t understand what all the fuss is about. Give it a rental.

Plot: Honed from childhood to be an elite assassin, Sook-hee embarks on a rampage of violence and revenge to finally earn her freedom and escape her past.

Review: Critics have been foaming at the mouth for this movie for quite some time so I’d been looking forward to finally checking it out. I gotta say I don’t know what all the fuss is about as despite having a few entertainingly violent action scenes The Villainess is actually pretty boring.

It has a barnstorming opening sequence which has our assassin take out multiple goons all seen from her POV à la Hardcore Henry. Despite the impressive barrels of bloodshed however, the action is shot in a hyper-kinetic fashion so a lot of time you can barely see what’s going on and I found it pretty exhausting.

It undeniably has plenty of style and there are some quality kills but by the end of the movie I was quite underwhelmed. After the impressive open scene nothing really happens in terms of decent action really until the final 15 minutes and even then the bus sequence camera work is all over the place so you’ll be feeling motion sickness by the time the end credits come up.

We get several (rather confusing) flashbacks showing us Sook-hee’s (Kim Ok-bin) previous life and how she became what she is now. There is literally nothing new about the story and it spends far too much time on people talking rather than chopping off heads.

It’s well acted and Kim Ok-bin is superb as the damaged but dangerous Sook-hee; I never really cared about her or her backstory though but I guess that was the idea.

Overall, The Villainess is nowhere near one of the best action movies of the year and very disappointing; the kinetic action scenes are more annoying than anything and the dull pacing through the mid-section could have been tighter; it really needed a big set-piece to keep the story engaging but it never did.  I maybe have to watch it again to pick up a few story threads I likely slept through but I’m not in a rush to see it again.