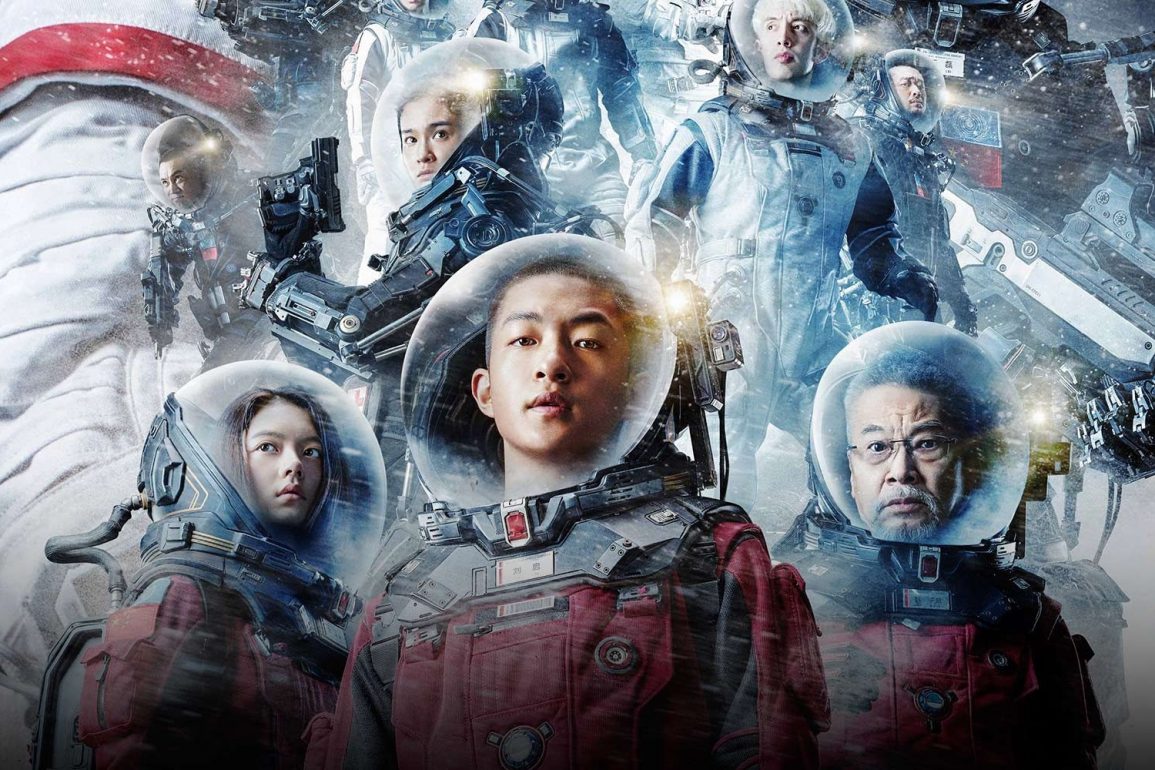 The Wandering earth is a visually stunning disaster sci-fi epic however, aside from Wu Jing I didn’t care about any of the other characters and Duo Duo was incredibly irritating.

Plot: The Wandering Earth tells the story of a distant future in which the sun is about to expand into a red giant and devour the Earth, prompting mankind to make an audacious attempt to save planet. The multi-generational heroes build ten-thousand stellar engines in an effort to propel Planet Earth out [of] the solar system, in the hope of finding a new celestial home. During the 2,500 year-long journey, a group of daring heroes emerge to defend human civilization from unexpected dangers and new enemies, and to ensure the survival of humanity in this age of the wandering Earth.

Review: I go into some mild spoilers here so tread carefully if you haven’t seen this movie.

Based on the novel of the same name The Wandering Earth was a box office phenomenon in China and it snuck onto Netflix a few weeks back so I thought I’d see what all the fuss was about.

The biggest selling point of this movie was the casting of Wu Jing who is the only recognizable name (to me at least) in the cast however, in case you didn’t know already this is not a martial arts film so there are no fight scenes.

It’s really more of a disaster flick that copies several movies like 2001: A Space Odyssey, Armageddon and The Day After Tomorrow… all of which are superior movies to this.

My first thought while viewing was “the science in this has to be total bollocks” which unsurprisingly it is but some of it is apparently potentially feasible. Basically just see it as a fantasy movie which requires some serious suspension of disbelief which I managed to do so I could enjoy certain aspects of it.

At just over 2 hours in length it feels so much longer and the climax just seems to go on forever; Wu Jing was the only character I actually cared for and there were so many supporting players that I eventually lost track of what was going on. Duo Duo was the most annoying character in the movie as all she did was scream “help” and cry for the entire runtime; I was so disappointed she didn’t die by the end.

Some of the visuals are stunning especially when we get to see Jupiter next to Earth giving off a sense of how huge it is and there is some incredible imagination behind the technology used. Some of the other CG isn’t the greatest but I’ve seen worse.

If you can watch the original language version it might be mildly better although some of the poor translation makes it even more entertaining with lines like “Russian Cosmonauts are invincible in the space!”… what? I think the majority of Western audiences may not get much from The Wandering Earth as I said we’ve seen this before in other movies. The space station computer MOSS is just HAL all over again and even looked like the 2001 robot.

By the time the end (eventually) comes I was just glad it was over as it’s really just constant noise and Duo Duo screaming like a bloody banshee throughout was so distracting.

Overall, The Wandering Earth will certainly have its fans as it has some beautiful visuals and it’s incredibly imaginative. It’s a shame some of the translation to English was so bad and Duo Duo was the Jar Jar of the piece. It goes on for far too long and I will never watch it again but it’s on Netflix now if you want to see Wu Jing do something different. Can we have Wolf Warrior 3 now, please?