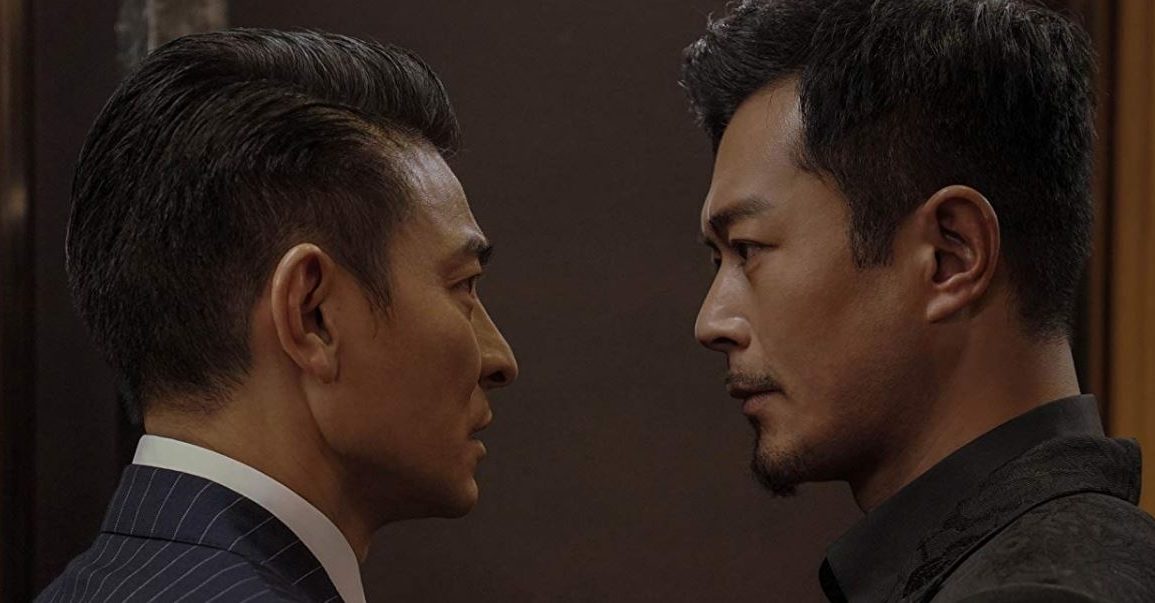 The White Storm 2: Drug Lords has Andy Lau and Louis Koo at their best with some jaw dropping action and a tight pace making it a must-see.

Plot: Former gang member Yu Shin-Tin turned businessman and philanthropist is a on a mission to take down Hong Kong’s most powerful drug lord. After losing his father to drug addiction, no price is too big as his offers a $100 million bounty for his head.

Review: I haven’t actually seen the first White Storm but apparently Drug Lords is a sequel in name only and works just fine as a standalone feature.

Drug Lords has an excellent cast including Andy Lau as Tin and Louis Koo as Jizo who play former friends turned enemies. Although you can understand why Jizo is so bitter towards Tin there is no denying that he is a monster that has to be stopped. These are two of my favourite actors at their absolute peak and both Lau and Koo are magnetic; every moment of screentime they share is loaded with tension and you’re just waiting for them to kill each other.

It wastes no time getting going and is packed with truly spectacular action scenes with several shoot-outs and chases all building up to an explosive finale. There is some superb stuntwork and I don’t think I’ve seen a movie where so many people fall to their deaths in such epic fashion. Drug Lords has a huge bodycount and isn’t short on R rated violence and I’d go as far to say this is one of the best action movies of the year so far.

The story isn’t anything we haven’t seen before but the cast give it their all and there is genuine heart so you care about the characters; the action scenes are what make it truly stand out so this a must see for genre fans.

It loses points for a little CG used in the overly ridiculous climax but it’s nothing major and still is an imaginative and exciting way to finish the movie.

Overall, The White Storm 2 is a welcome shot of adrenaline with Andy Lau and Louis Koo at their best and some truly spectacular action scenes so if you get the chance to see it on the big screen it’s out now and worth checking out.