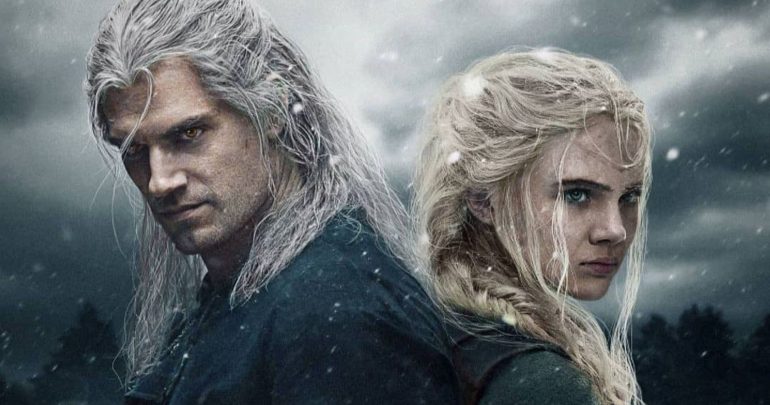 Season 2 of The Witcher makes for a far more straightforward and entertaining fantasy tale than the first season where we get to really know our characters but we also get awesome monsters and imaginative action scenes making this worth binging.

Plot: Convinced Yennefer’s life was lost at the Battle of Sodden, Geralt of Rivia brings Princess Cirilla to the safest place he knows, his childhood home of Kaer Morhen. While the Continent’s kings, elves, humans and demons strive for supremacy outside its walls, he must protect the girl from something far more dangerous: the mysterious power she possesses inside.

Review: I haven’t read the books or played the games of The Witcher so I am judging the Netflix series on its own merits.

As much as I enjoyed the first season of The Witcher I did find it a little hard to follow as there was a lot going on but also I’m not all that bright which doesn’t help. I found this second season far more accessible with a straightforward narrative so I felt like I was getting to know the characters better.

Geralt of Rivia is one of my favourite characters that Henry Cavill has portrayed (but I would still like to see him get another shot as Superman) as he is tough as nails but still has a good heart and is an incorruptible hero.

This season primarily focuses on the father/daughter relationship between Geralt and Ciri (Freya Allan) as Geralt tries to protect Ciri from her own growing powers and an evil demon known as The Deathless Mother AKA Voleth Meir who has been working in the background after the Witchers trapped her in her hut years earlier.

Geralt’s love Yennefer (Anya Chalotra) has lost her magic powers and is manipulated by Voleth to bring Ciri to her which puts a wedge between her and Geralt. I love Yennefer as she is so unpredictable where we rarely know what she is thinking and even though she has her flaws she is still a good person.

We also have a storyline involving elves and the racism they have to endure as well as several other side stories that I won’t go into otherwise we’d be here all day.

Joey Batey returns as the comic relief bard character Jaskier who provides some much-needed levity and I laughed out loud at some of his one liners.

At times it can be a little talky and there are a lot of characters to keep up with but I found myself really getting into the story this time and there is enough action to keep genre fans engaged. We get some gruesome kills but also I thought the visual effects were quite stunning. There is a creature in the first or second episode and the way she moves was genuinely otherworldly and unsettling.

The music is suitably epic and heroic especially when Geralt is battling the various monsters which helps make the action more exciting.

It’s all a bit grey and miserable looking and could use a bit more colour; why does all modern fantasy have to be so ugly?

Overall, The Witcher: Season 2 is an easier watch than the first with us really getting to know the characters and giving us a more straightforward story and some impressive action. I am now counting down until season 3…