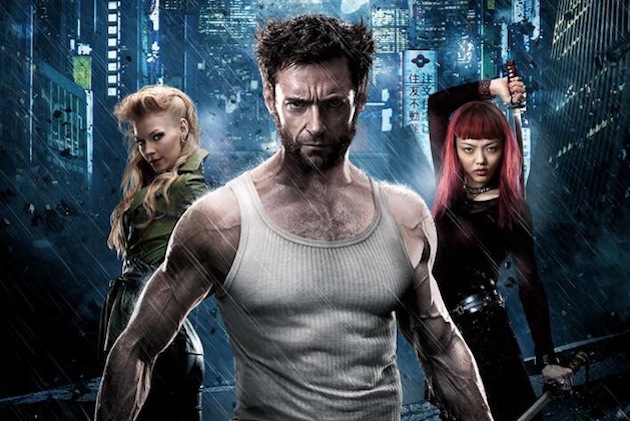 I had little expectations with this movie but I was pleasantly surprised; it had some pacing issues but we got some good character development, a great performance by Jackman and ninjas which are the cornerstone of every nutritious breakfast.

Plot: Summoned to Japan by an old acquaintance, Wolverine becomes embroiled in a conflict that forces him to confront his own demons.

Review: I can easily say that The Wolverine is the best X-Men movie yet, simply because I wasn’t really a fan of the other movies. They were alright but it’s all just too silly for me; when I look at Beast I just see rather crap make up (at least in First Class) and for some reason the action just never seems all that exciting or big in scale.

The Wolverine doesn’t have any huge set-pieces but the thing is this is more of a character piece and it’s the least silly of all the X-movies. There aren’t too many other mutants and it’s all about Logan dealing with immortality and trying to get over the guilt of Jean Grey’s death.

It’s quite a serious movie but it’s very nicely shot too. James Mangold is an excellent director and really brings something different with this movie. It doesn’t feel anything like the other X-Men movies, which for me is a good thing. There is minimal (noticeable) CGI besides a CGI urinating bear and Japan looks fantastic in every scene.

Hugh Jackman is pretty huge in this and built like a tank but he has such an expressive face that shows emotions like rage or regret very well. The acting in general was excellent and there wasn’t any clunky dialogue either.

The movie also has ninjas, which improves any movie by a considerable degree simply because they are ninjas, end of.  The final battle has Wolvie up against an army of ninjas which was pretty cool although it was over a bit too soon. Instead we get more time of him fighting a large samurai robot thing; it’s actually rather awesome and something a little different once again.

It could certainly have used a bit more action but on the other hand, I liked that we got some good character developement and genuinely emotional scenes so we actually cared what was going on. It is a lot smaller in scale than what we are used to with these movies so if you are looking for Avengers style action you will disappointed.

Marco Beltrami’s score wasn’t even noticeable but there was a nice tune during the end credits. Speaking of which, make sure you stay behind after the credits so you can get the usual Marvel teaser. Some fanboys in the audience got extremely excited  as it looks like the next movie might be all kinds of awesome.

Overall, I had little expectations with this movie but I was pleasantly surprised; it had some pacing issues but we got some good character development, a great performance by Jackman and ninjas which are the cornerstone of every nutritious breakfast.