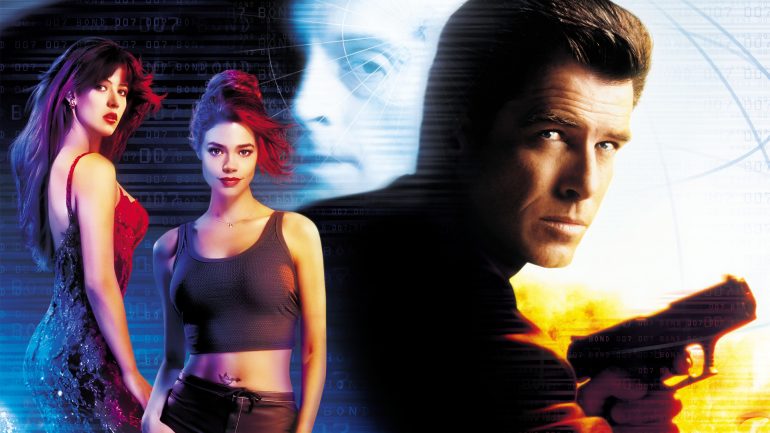 The World is Not Enough isn’t loved by anyone apart from me but I don’t care; with a fabulous score, some great action and a villainous turn from Robert Carlyle it remains one of my favourite Bond films, despite not really brining anything new to the table.

Plot: James Bond uncovers a nuclear plot when he protects an oil heiress from her former kidnapper, an international terrorist who can’t feel pain.

Review: I can’t believe this movie is 14 years old; where does the time go?!?!? Anyway, I saw this several times in the cinema and have always really enjoyed it, it’s arguably my favourite of the Brosnan movies, despite most people not thinking that much of it. There are 2 things which I love about this movie:

1) Robert Carlyle as the villainous Renard; he’s such a great actor and although criminally underused in this movie, he is fantastic and he’s a pure old school Bond villain. I love the whole idea that he’s a villain who can’t feel pain and is essentially invincible.

2) The music; David Arnold provides my all time favourite Bond score with this movie. The music is fantastic, especially during the phenomenal opening speedboat chase and then during several other action scenes.

I’m also a huge fan of Sophie Marceau as the kidnap victim with a severe case of Stockholm Syndrome. She plays the victim so well and then when we find out she’s actually the bad guy, it’s a nice twist, even if it is rather predictable.

All of the action scenes are amazingly well done and like I said the opening speedboat chase is a classic and is arguably my favourite opening scene from a Bond movie.

You’ve also got the bonus of Robbie Coltrane who is essentially comic relief but never annoying; I love how he’s a former enemy turned ally too.

It’s not all great though; it is let down by a rather dull and forgettable finale with nothing that really stands out. Also it would have worked better if Renard was the main villain and had a bigger part in it; he turns out to be more of a pathetic character which is a nice touch, but I still wanted more from him.

It’s also a bit hard to swallow Denise Richards as a rocket scientist, but this is Bond and it’s meant to be silly fun. It also has one of the best one-liners of all time at the very end: “I thought Christmas only came once a year” *tee hee*.

That was my kind of Bond film, the double entendres and cheeky humour just makes it all such a great escape.

So overall, The World is Not Enough isn’t loved by anyone apart from me but I don’t care; with a fabulous score, some great action and a villainous turn from Robert Carlyle it remains one of my favourite Bond films, despite not really brining anything new to the table.