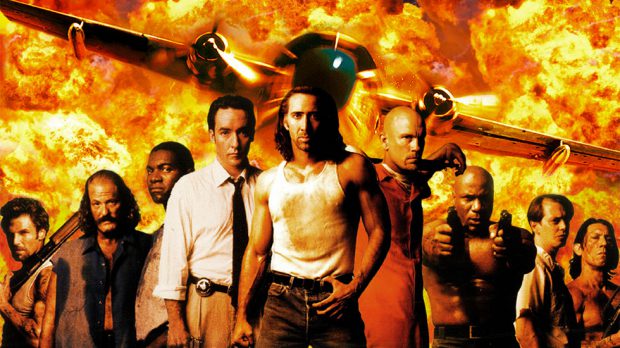 Some movies are so good and universally acclaimed that you have no problem in telling others you are a fan. On the other extreme, we also have those “cult movies” – like The Room or Plan 9 From Outer Space – that belong in the “so bad they are good” category.

While it is fashionable to say that you are a fan of Ed Wood or Tommy Wiseau flicks, there are others you wouldn’t want to admit that you enjoy, even to your family or friends. Here are some examples of bad movies that are actually not that bad at all, (if only for a few laughs):

The original Jaws was a supremely awesome and terrifying movie about sharks and our primordial fear of the deep sea. But unfortunately, it also saddled us with a never-ending procession of poorly executed sequels and knock-offs involving sharks of all shapes and sizes. Starring Tom Jane and Samuel L Jackson, Deep Blue Sea had its sharks grow smarter brains to make them more terrifying (as if that was ever necessary).

The plot involves scientists trying to cure Alzheimer’s using brain juices from genetically enhanced super sharks. While silly, it does allow the movie to trap some humans inside an underwater facility for the sharks to hunt and kill in a gruesome fashion. Samuel L Jackson’s death scene and LL Cool J setting a shark on fire (in water no less) are some of the highlights in this movie. It does have some tense moments though and is well worth a watch if you like some underwater sequences. You should note that there have been two other releases of this movie, with Deep Blue Sea 3 having been released in 2020.

There are two Nicolas Cage action flicks from the 90s that deserve a spot on this list, and believe it or not, they both released in the same month of the same year! The other movie is, of course, the over the top thriller with face-swapping technology – Face/Off. But Con Air wins out in the end just because of epic dialogues like “put the bunny back in the box.”

And terrific performances from John Malkovich and Steve Buscemi also help its cause. Cage’s woeful Southern accent aside, this movie has some great moments. The action set-pieces involving the giant transport airplane are quite jaw-dropping. The finale, with the plane crashing on the Vegas strip, could easily serve as inspiration for slot machines.

Video games and movies do not get along well, period. Games based on movies tend to be cheap cash grabs, and the less said about movies based on popular video games, the better. Of all the movie adaptations of video games, Mortal Kombat is probably the most tolerable one. The best thing about this movie is its soundtrack, which includes that Mortal Kombat song.

The casting was abysmal though – Johnny Cage and Sonya Blade being the most obvious examples. The fight scenes, which should have been the highlight of a movie based on an arcade fighting game, look comically bad. And between the poor acting and woeful CGI, this movie does not have much going for it. But if you are a fan of Mortal Kombat or video games in general, this is as good as it gets.

Before he became popular on TV playing himself in Two and a Half Men, Charlie Sheen acted in a lot of movies, including some very good ones like Platoon, Major League, and the zany Hot Shots! While not up to the quality of these iconic gems, The Chase is still a surprisingly fun watch. The entire movie takes place inside a red BMW, where escaped convict Sheen is trying to flee to Mexico.

But that doesn’t stop him from getting cozy with his attractive co-star Kristy Swanson, who plays a girl he took hostage while attempting to evade arrest at the beginning of the movie. Swanson’s character turns out to be the daughter of “California’s Donald Trump,” a throwback to the good old times when Trump was just a real-estate mogul.

When he was not busily churning out critical and commercial hits like Rocky and Rambo, Sly Stallone was busy making a bunch of mediocre movies. Demolition Man is perhaps the least offensive of those, and worth a few laughs at least. The science fiction action flick stars Stallone as a tough cop who was put in freeze prison for causing too much collateral damage while catching his arch-nemesis.

The villain, played to gleeful excess by Wesley Snipes, is also frozen, but manages to escape 36 years later in the future. The authorities are forced to bring out Stallone to nab Snipes, as there is no violence in the “future utopia.” Shot in the tone of a comic book, Demolition Man is a fun action flick if you leave out any expectations for a deep story or philosophy.

Other movies worth a look

Idle Hands, starring a very young Jessica Alba and Seth Green in supporting roles, is a comical take on the “evil hand” trope in horror movies featuring silly teenagers. If you are a fan of Jean Claude Van Damme, Lionheart is basically a worse version of Bloodsport. For bad movies with natural disasters as a villain, Dante’s Peak starring Pierce Brosnan in a non-Bond role fits the bill.