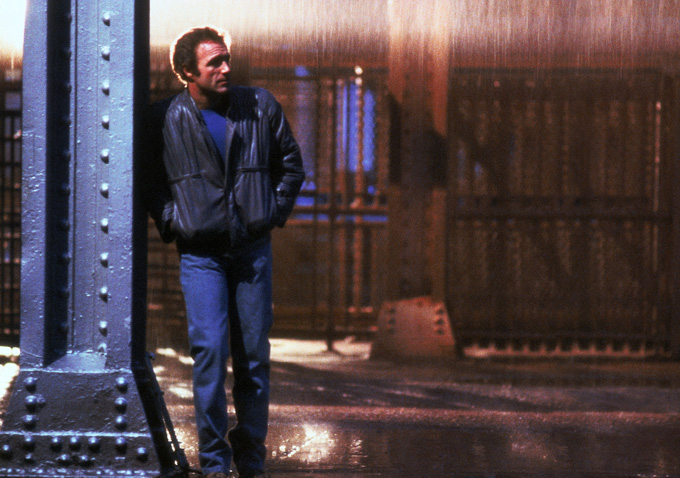 Thief may well be my favourite Michael Mann film with engrossing characters awesome shoot-outs and a classic music score.

Plot: A highly skilled jewel thief, Frank (James Caan) longs to leave his dangerous trade and settle down with his girlfriend, Jessie (Tuesday Weld). Eager to make one last big score in order to begin living a legitimate life, Frank reluctantly associates with Leo (Robert Prosky), a powerful gangster. Unfortunately for Frank, Leo wants to keep him in his employ, resulting in a tense showdown when he finally tries to give up his criminal activities once and for all.

Review: Thief is one of Michael Mann’s earliest pictures but to this day it also remains one of his best. I don’t think it’s possible for James Caan to not be scary even when he’s the protagonist.

He certainly isn’t a hero as his character Frank is not the nicest guy; not only is he a thief but he’s not afraid to threaten people and be a little rough with the ladies. He was tough as nails but that made his character feel all the more authentic and he’s a man who is dedicated to his trade.

It’s really a perfect double bill with Heat as it’s all about planning a heist and then it going down with a gun filled finale. It’s smaller in scale but it still holds up today as a bit of a classic.

The acting and script are excellent and the scene between Caan and his soon-to-be wife in the café is a fantastic character scene. He just lays it all on the line to her and is totally open about who he is.

Although the movie isn’t action-packed it is one of Mann’s best paced because there is a constant air of tension throughout and culminates in an impressively explosive finale.

The music is as always superb and the electric guitar during the final shoot-out is just plain epic.

Overall, if you’re a fan of Michael Mann’s style then Thief should definitely be in your collection, especially The Criterion Edition.