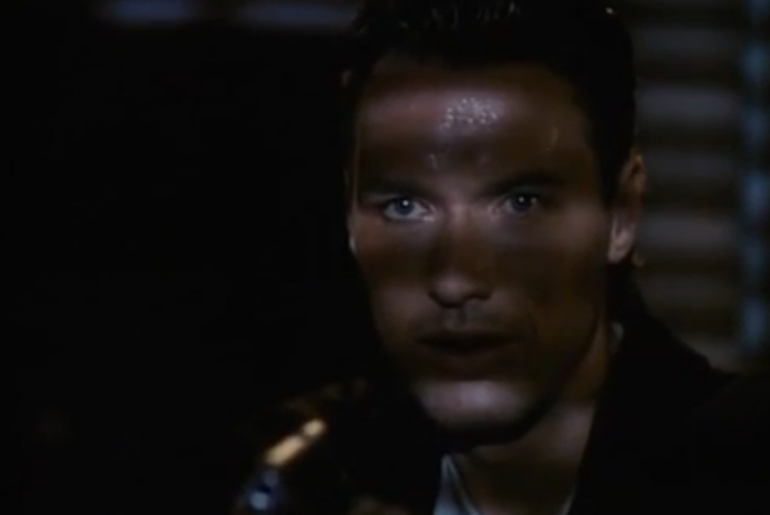 Plot: On the eve of a big US-Japan trade summit, a reporter gets a hot tip that the Japanese-American head of a big aerospace firm will be selling trade secrets to a Japanese contact. Intent on getting a scoop, the reporter hires private investigator Jack Blaylock to help her find out just what information is being handed over. In the course of snooping, the pair are discovered, but not before they learn that the Japanese contact is a member of the Yakuza. When the aerospace executive turns up dead after an apparent suicide, the investigators realize that some very big secrets are being kept by some very important people.

Thomas Ian Griffith stars in what is arguably one of his best ever roles to date in Ulterior Motives. It’s hard to find these days but I recently got it from eBay in the UK as I don’t think it’s even available on DVD in North America.

What really stands out with Ulterior Motives is the story with all kinds of unpredictable twists and turns where you aren’t quite sure who can be trusted.

There aren’t any big action scenes but there are multiple fights with Thomas Ian Griffith taking out the trash; he deserved to become a bigger name as he is far more watchable on-screen than the likes of Seagal.

Mary Page Keller is essentially the lead protagonist and she plays reporter Erica who is immediately appealing and never comes off as the annoying journalist type character. She is vulnerable yet strong and needs the help of Jack to investigate this potentially explosive case which puts both of their lives in danger. Jack isn’t exactly a nice guy and at one point he tells Erica to “Shut up!” which was strangely hilarious.

I thought a little too much of the fight scenes took place at night or at least in the dark so it was at times difficult to see what was happening but they were still decent. This isn’t all about the action though; for me the characters stood out and the unpredictable plot kept me on the edge of my seat.

You should also keep your eyes open for Jeff Imada, Roger Yuan and James Lew who all show up in a few of the fight scenes. Con Air’s M.C. Gainey also has a small role as a very entertaining coroner… never thought I’d write those words.

The score uses Japanese instruments and sounds to create a suitable music track especially in the first half of the movie.

Overall, Ulterior Motives may not have any big set-pieces but Thomas Ian Griffith is awesome in it and the unpredictable story should keep you glued.