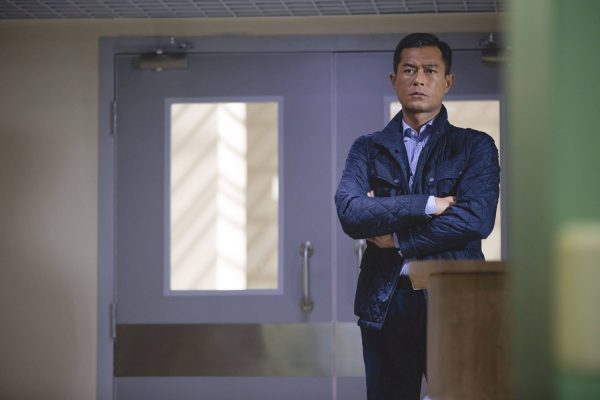 Three is not without its moments and works better as a drama as there just isn’t enough action in it to class it as an action movie.

Plot: When a police sting goes bad, a cornered criminal Shun (Wallace Chung, DRUG WAR) makes a desperate choice: he shoots himself, forcing the officers to cease fire and take him to the hospital. Once there, he refuses treatment, waiting for his cohorts to break him out. Caught between an obsessed cop Chief inspector Ken (Louis Koo, TRIAD ELECTION) and the surgeon assigned to save his life (Zhao Wei, RED CLIFF), the hospital is now a battleground of deception, double-crosses, and a coming onslaught of violence in this action-thriller by master filmmaker Johnnie To.

Review: A new film from Johnnie To is usually worth watching and his recent movie Three has a 92% Fresh rating on Rotten Tomatoes… so it must be good, right? Wrong. It is extremely well directed with some fantastic camera work and it sometimes builds up a little suspense… but not much.

The first hour is pretty much a medical drama as we get to know some of the main characters who also happen to be patients in a hospital but are mostly really unlikable.

Louis Koo is as stoically cool as ever and has become one of my favourite actors in recent years. Chief inspector Ken isn’t exactly a sympathetic character as he has made some bad choices but I guess that’s what makes him interesting even if you never really care what happens to him or anyone else in the cast.

Shun is an enjoyable antagonist and is so smug you just wish someone would put him out of our misery. Right from the start the movie has an impending sense of threat as you know that Shun’s people will come to rescue him from the hospital and it’s just a matter of when.

My main problem is it takes a full hour before we see any action at all and when it does come we get CG blood which is my pet hate. The shoot-out is decent but compared to the hospital scene in say Hard Boiled it pales in comparison and the action is never really thrilling. There is also some really unconvincing greenscreen work which was quite distracting.

It is at least unpredictable with twists and turns to the story which keep you guessing as to how the film will end. Three is also something a little different and the sheer style on display makes it worth watching but I’d be lying if I said I will ever sit through it again.

Overall, Three is not without its moments and works better as a drama as there just isn’t enough action in it to class it as an action movie but it’s worth renting at least once.