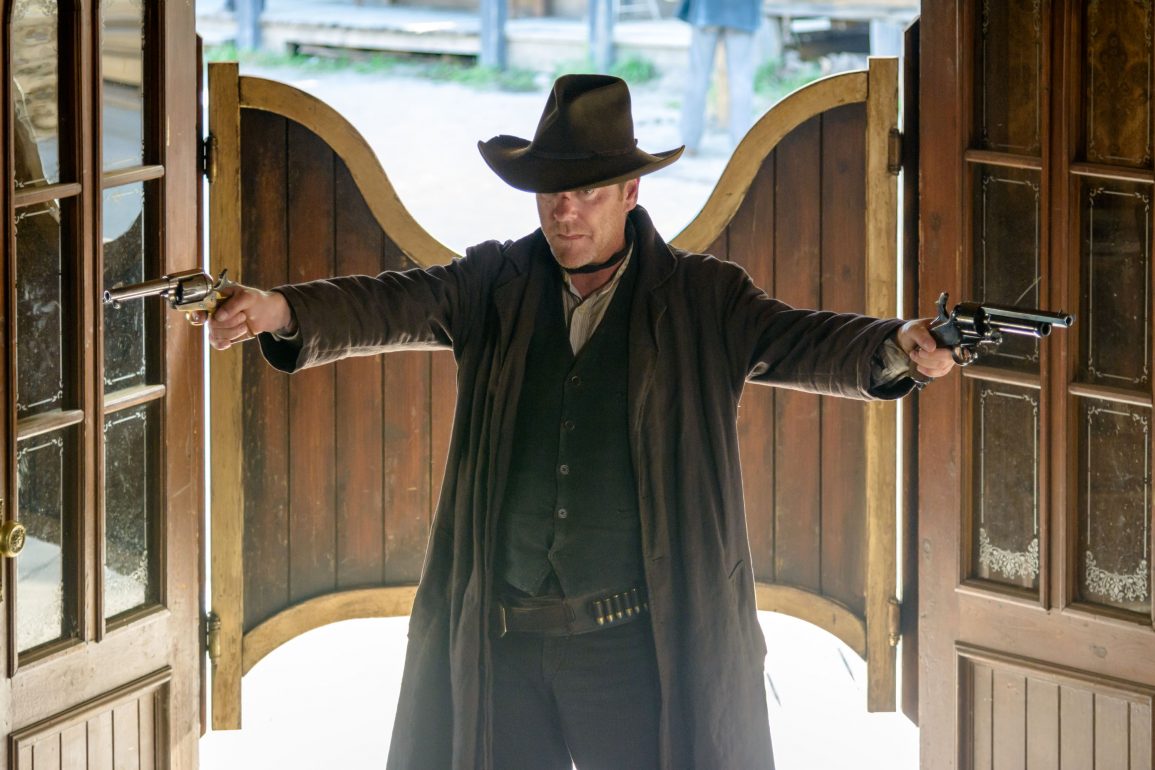 Forsaken has some stellar performances, sumptuous visuals and a suitably high bodycount making this a bit of a classic.

Plot: Kiefer and Donald Sutherland share the screen in this brooding western about an embittered gunslinger who attempts to make amends with his estranged father whilst their community is besieged by ruthless land-grabbers.

Review: I love when a movie comes out of nowhere and just blows you away; Forsaken did just that with a cast that are at the absolute top of their game. Kiefer and Donald Sutherland are never bad in anything but in this they are phenomenal as the estranged father and son trying to make amends after many years apart.

Kiefer gives arguably his finest performance as John Henry Clayton, the ex-gunslinger who is done with killing; however, when he returns home to discover that his town has been taken over by a gang of vicious land grabbers he finds out that killing may not be done with him. He tries to stay out of it and even takes a beating but we all know what’s coming and the conclusion is suitably satisfying.

Brian Cox is the lead villain, James McCurdy and this is type of role he excels at; he’s an old-school Western bad guy who will use any methods necessary in order to get people off their land.

My favourite aspect of the film is the addition of one Michael Wincott as gunslinger Dave Turner; a man of honour who is working for McCurdy but he actually likes John Henry Clayton and doesn’t want to be his enemy. He is reminiscent of Val Kilmer as Doc Holliday in Tombstone with a Southern (yet gentlemanly) drawl.

Demi Moore gives a dignified performance as the love of John Henry Clayton’s life, who has since married another man but clearly still has feelings for him.

At just over 90 minutes Forsaken is refreshingly short but has enough time to feel epic and all the characters are given time to breathe. It starts off a little slow so it may not be for everyone but it’s never without a building sense of threat.

Surprisingly the film is not without a sense of humour too with some great lines which lighten the tone nicely.

It’s beautifully shot and the Alberta landscapes have never looked better; director Jon Cassar gives us plenty of sweeping vistas which just transport us away.

Overall,  Forsaken has some stellar performances, sumptuous visuals and a suitably high bodycount making this a bit of a classic.