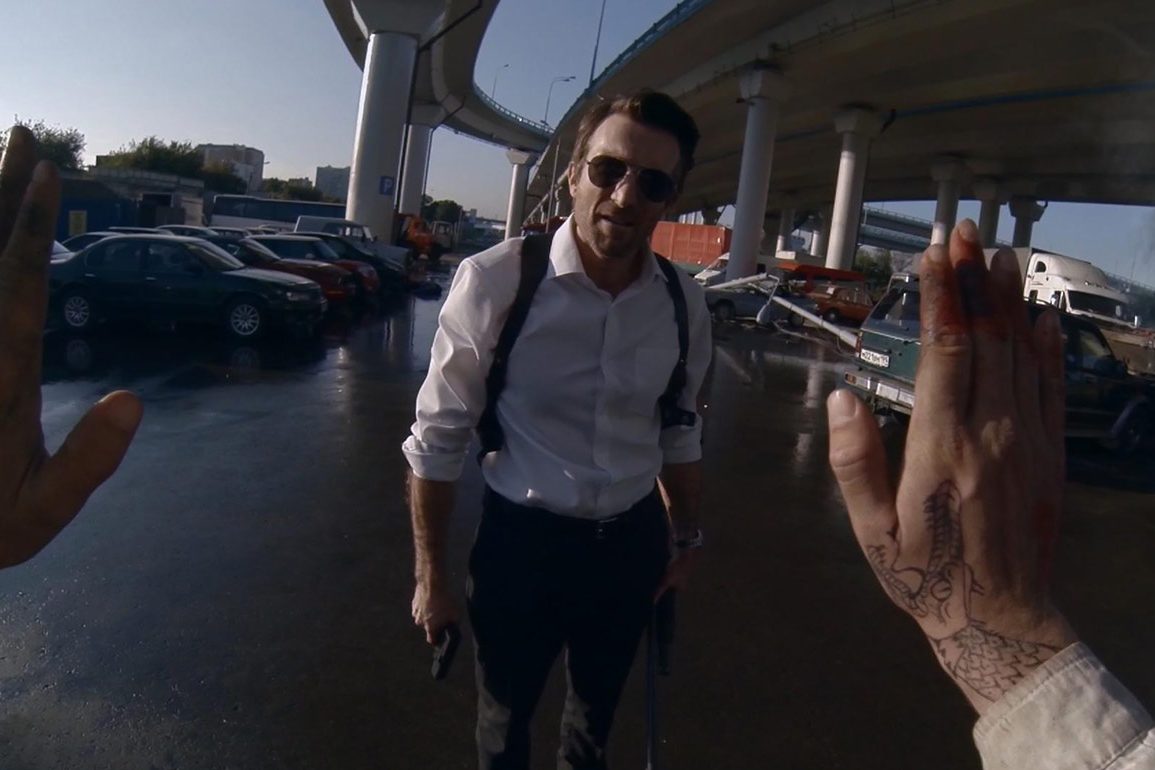 Hardcore lives up to its name by being one of the most unique action movies of the year with innovative ideas and set-pieces.

Plot: Henry, a newly resurrected cyborg who must save his wife/creator from the clutches of a psychotic tyrant with telekinetic powers, AKAN, and his army of mercenaries. Fighting alongside Henry is Jimmy, who is Henry’s only hope to make it through the day. Hardcore takes place over the course of one day, in Moscow, Russia.

Review: Ever since we got a first glimpse of this movie many months ago it had my attention; the idea of an entire movie shot by a first person POV (Point of View) was intriguing, but the question remained, how on Earth can you make it work for an entire movie? Well director Ilya Naishuller did just that and has created a genuine game changer because Hardcore is an insane and bloody work of genius.

What I wasn’t expecting was just how funny it was going to be; it’s incredibly violent but it’s essentially videogame violence and is just humorous rather than offensive. It has some fabulously innovative ideas and is a genuine shot of adrenaline. It’s action packed from beginning to end and is easily the most original action picture of the year.

We never get to really see Henry as we essentially are him so we feel like we are really in the movie and living out this violent fantasy world.

Sharlto Copley is hilarious as Jimmy, Henry’s “guide” who helps our protagonist survive as he is chased around the city by the villainous Akan (Danila Kozlovsky). He is one of the best villains I’ve seen in a long time and is frankly a hateful bastard.

The music really adds to the excitement and the pounding base really gives it an extra intensity.

The script had plenty of funny lines and requires several viewings to pick up all the funny lines; our audience seemed to love the movie and were cheering a lot so I missed some of the dialogue.

What this means for the future of action movies is that we might finally get a Call of Duty movie that could be truly awesome; I love the idea of a POV movie set in a warzone or battlefield so I can’t wait to see what happens next.

It wasn’t flawless though; I’m not sure if it was because I was at a Midnight Madness screening and was very tired but I did feel that it was hard to see what was going on at times and I got a little motion sickness, so best not watch it after having a few beers.

Overall, Hardcore lives up to its name by being one of the most unique action movies of the year with innovative ideas and set-pieces.