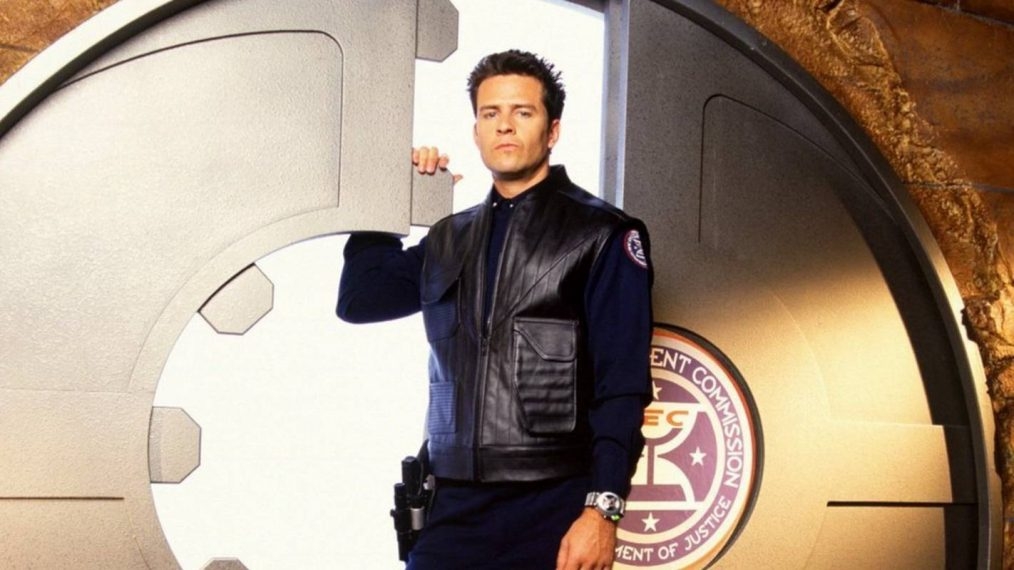 Timecop: The TV Series isn’t exactly classic television but it’s still makes for a good time with an amiable lead and some cool ideas.

Plot: In the near future, cocky Timecop Jack Logan tries to “protect the past and preserve the future” by going on time-traveling missions assigned by the Time Enforcement Commission. That’s an agency that monitors old newspapers to look for “ripples in time” that signal bad guys have traveled into the past and are trying to change history for their own insidious ends. The TEC team working with Jack include dorky but brilliant Dr. Dale Easter, wisecracking technician Claire Hemmings and Jack’s boss, Eugene Matuzek.

Review: If ever there was a movie I wanted a sequel to it was Jean-Claude Van Damme’s Timecop; I know we got Timecop 2: The Berlin Decision with Jason Scott Lee but I always wanted to see more of Max Walker. Sadly the short-lived TV series from the 90’s also doesn’t bring Walker back but it is a bit of a guilty pleasure show.

Our lead is Jack Logan (Ted King) who is a very 90’s character with corny dialogue but he’s still appealing as are the rest of the Time Enforcement Commission (TEC) that he works with. Cristi Conaway plays the attractive female Claire Hemmings who is the brains of the operation; she essentially uses her skills to download details of past events into the Timecop’s heads, so they know how to survive in the various times they travel back to. Then we have Kurt Fuller as the smart-ass nerd type Dr. Dale Easter; he has a few funny lines and it’s nice to see him play someone who isn’t an asshole.

Watching the show now it’s rather lame but having Logan chase after the likes of a Jack the Ripper wannabe is fun and it works well in the TV format with a new bad guy to go after each episode.

Our main villain is Ian Pascoe (Tom O’Brien) who only shows up in three episodes; he chews the scenery and makes for an entertaining antagonist.

Brad Fiedel (Terminator) provides the music which still shows traces of his iconic T2 score and the main theme is quite cool but now sounds rather dated.

The action is pretty lowkey and we don’t get the JCVD-flavoured fight scenes but each episode moves quickly enough all around 43 minutes long.

It only lasted 9 episodes before it was cancelled and as much as I enjoy the show it’s easy to understand why as it hasn’t stood the test of time (ho ho) very well.

It does still have the mind bending discussions of how time travel can affect the future which will make you cross eyed if you over think it but it never gets too complex.

Overall, Timecop: The TV Series may not hold up to scrutiny from modern audiences but it is some fun escapism and our lead cast make for a likable team. I would have a preferred a sequel with Van Damme but it wasn’t meant to be.