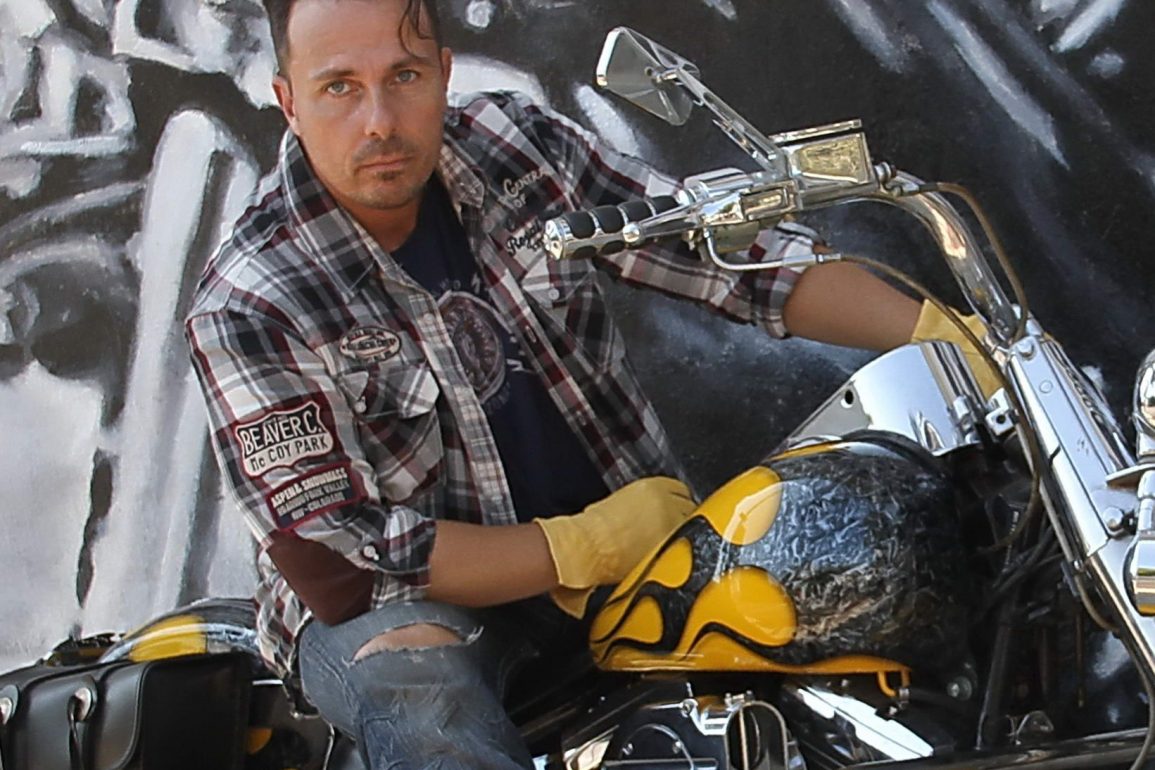 Tino Struckmann Interview for Iron Cross: The Road to Normandy

Tino Struckmann is a military Historian and filmmaker and his latest picture Iron Cross: The Road to Normandy has him star and direct alongside Olivier Gruner.

The epic action-drama tells the story of Captain Klaus Muller (Struckmann) as he struggles to survive during WWll on the Eastern front fighting back-to-back with his brother and friends. As D-day unfolds, more than one score is settled, and a running battle now puts American soldiers and our German Captain on the same path.

Tino stopped by to chat about the film with us.

Today we’re going to talk about your latest film Iron Cross: The Road to Normandy; how did the idea come about initially?

Well I am a military historian and always studied the second world war, and wrote books about the soldiers fighting, not about the politics but life for those at the front or in Europe. The stories behind the German side always seemed interesting to tell, mostly because so many movies have been made from all other sides. And when the German side of the war is told it so often becomes about the politics, and the unwilling soldiers are forgotten, not that they all were but you get what I mean. Years ago I tried to tell this story but never the way I wanted. By compiling a series of stories about the Americans landing on the beaches and the Germans in the Bunkers. And how their journeys are often the same and similar. I wanted to equally follow two small groups of soldiers until their ways intersect. But wanted to start in the East for the sake of the backstory of the German protagonist. Also the Eastern front fighting was some of the worst in the war, and it is hard to tell correctly, remembering that at any given time 80 percent of the German military effort was in the East. So it is hard to not leave a nod to the Russian front when telling a WW2 story. And nothing is more important today then to remind people of how and why that war really happened, we live in a time where history is fading and being ignored or even worse re-written and the best way I know is to try and tell inspiring stories remind them that when we go to war is is real soldiers men and women who die.

In the film you play Klaus Muller; how would you describe him as a character?

Klaus Muller is becoming a recurring character for me, since brothers War. he is a typical anti hero, he is loyal to his men and always finds himself in the thick of it. He is inspired by an actual person from my family, but he is a classic German officer of that time, he takes initiative and leads from the front as they were trained to do. He is a political but probably as so many other Germans and Austrians than he was initially swept up by events in the 1930ties, but at this time no longer holds any illusions but is committed to his job as a soldier. And many of the events he plays out in the movie are based on real events as they took place so many years ago.

You act in as well as directed the film; what made you want to do both?

I didn’t, I was just the cheapest option, very few people are good enough to do both or play all of the keys in a movie, but it began as a small project, I was thinking about maybe a short story but as I began filming and editing it grew and the stories grew. This was not made as any movie should be by a long shot, it simply grew out of an idea. And as I travel and film documentaries around the world I had a chance to shoot at real locations bunkers and battlefields. And in the end I was directing and the only person who had any idea where it went. I really like the two guys stories and the locations and the way it came out given I had the same budget as one day of catering on a TV sitcom episode. But I could never have done it without the help and support of my friends and the military historical societies around the US, Russia and Denmark. 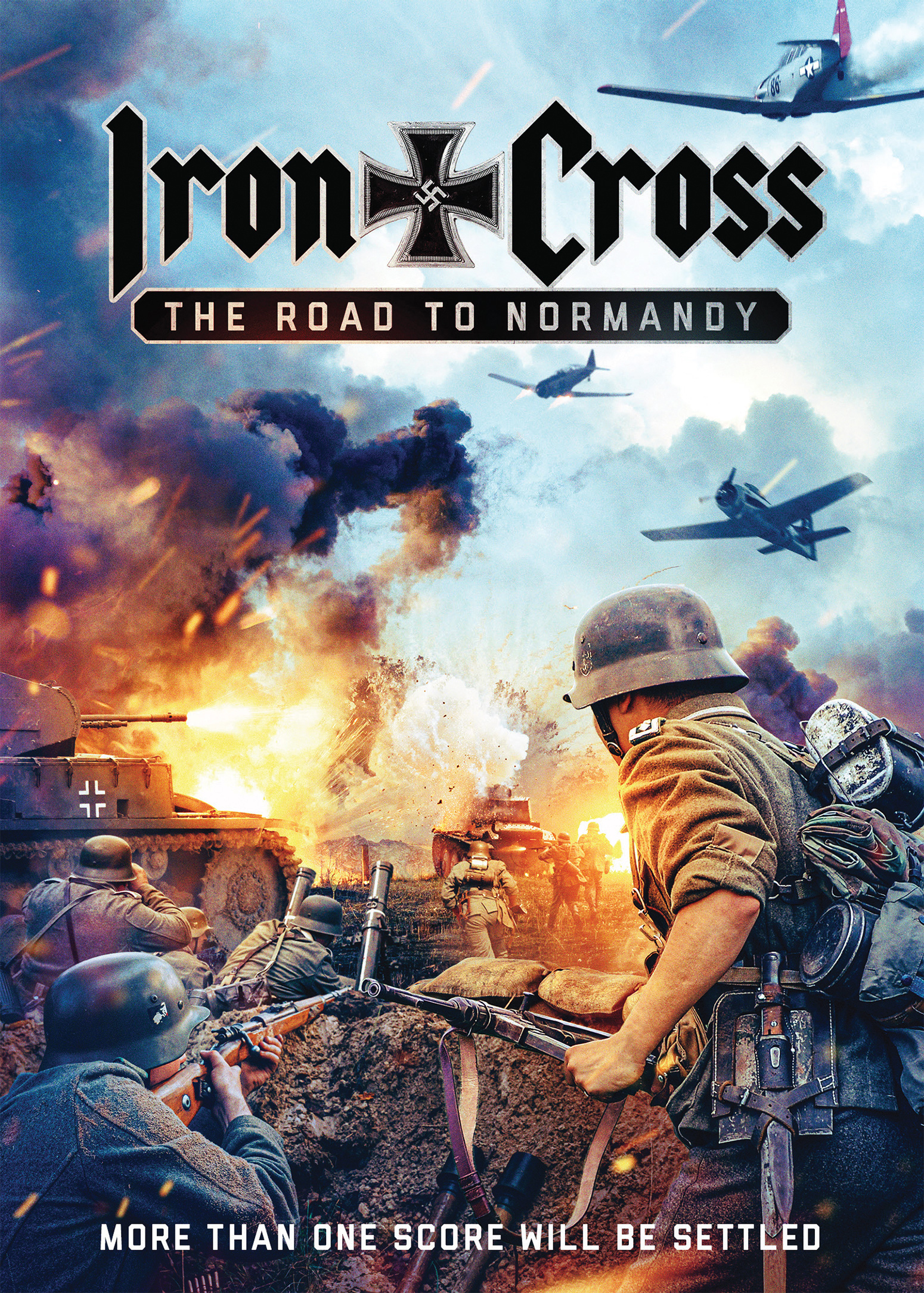 It’s amazing to see so many real vehicles in the battle scenes; where did you get them all from? How challenging was it to make sure they were all working properly for the action scenes?

It is sorely due to my military historical societies and reenactor friends who all stepped in and added these to the story, we have made quite a few movies now but this was the first time it was a passion project with far more goodwill then funding. Everybody I know wants to make movies and tell stories, we are all passionate about military history, and I am fortunate to know so many people with so many fun toys of war. And to make it happen we literally filmed all over the world and the US, I think we have set ups from 7 states. And the more we shot the more people called me and offered more tanks trucks and set ups. At one point the edit was 2 and a half hrs long just with battle because I got greedy and wanted everything in there, so I filmed parts in sections as we had funding and time until I almost had what I wanted. But at least for the next movie we are ready to go again.

Is it important to you to use as many practical effects as possible?

I absolutely detest CGI and fake effects, I had used more in previous movies and it simply never came out to look right, the idea of completely digital movie backgrounds is just bad, its about real effects, real tanks and cinematic. CGI is supposed to support the story not create it, we are trying to draw people into a story but with purely digital effects that is harder, I have seen so many war movies shot on green screen of things, locations etc. that actually exits and I just find it lazy that huge budget films cant be bothered just to use actual effects or tanks, planes or ships it just looks better and there are plenty of them around. And most of the guns, ships, planes are real, mostly we fired a lot of blanks and real pyro. Some CGI could not be helped for budget reasons or that they simply were of things that no longer exists, but they are very few and far in between. But as soon as somebody will let me fire the guns of a WW2 battleship Ill re-edit 🙂

How challenging was it to make sure all the period detail was correct?

Since most of are military historians, many military re-enactors who have collected a lot of real gear over the years it was the least problem. And Lord knows if I would show up on set with something wrong or of the wrong period I would never hear the end of it, and there are a lot of fun stories about that. Some things of course cant be helped or there is a slip here or there, a crooked medal or such, and I do get a lot of emails about them so I try to get it right. But that is why I wanted to make this movie to try and get this story done right and take my time not rush so I think we got it right this time.

Had you finished filming before the pandemic? Has it changed the way you make films?

I was filming over the past 4 years in different locations, I think we had most of it in the can by the time the flu rolled around, we did film in Indiana for a few days mid-corona. but it had no effect on any of us, editing or the production. It actually just made the airfare cheaper if I remember correctly. 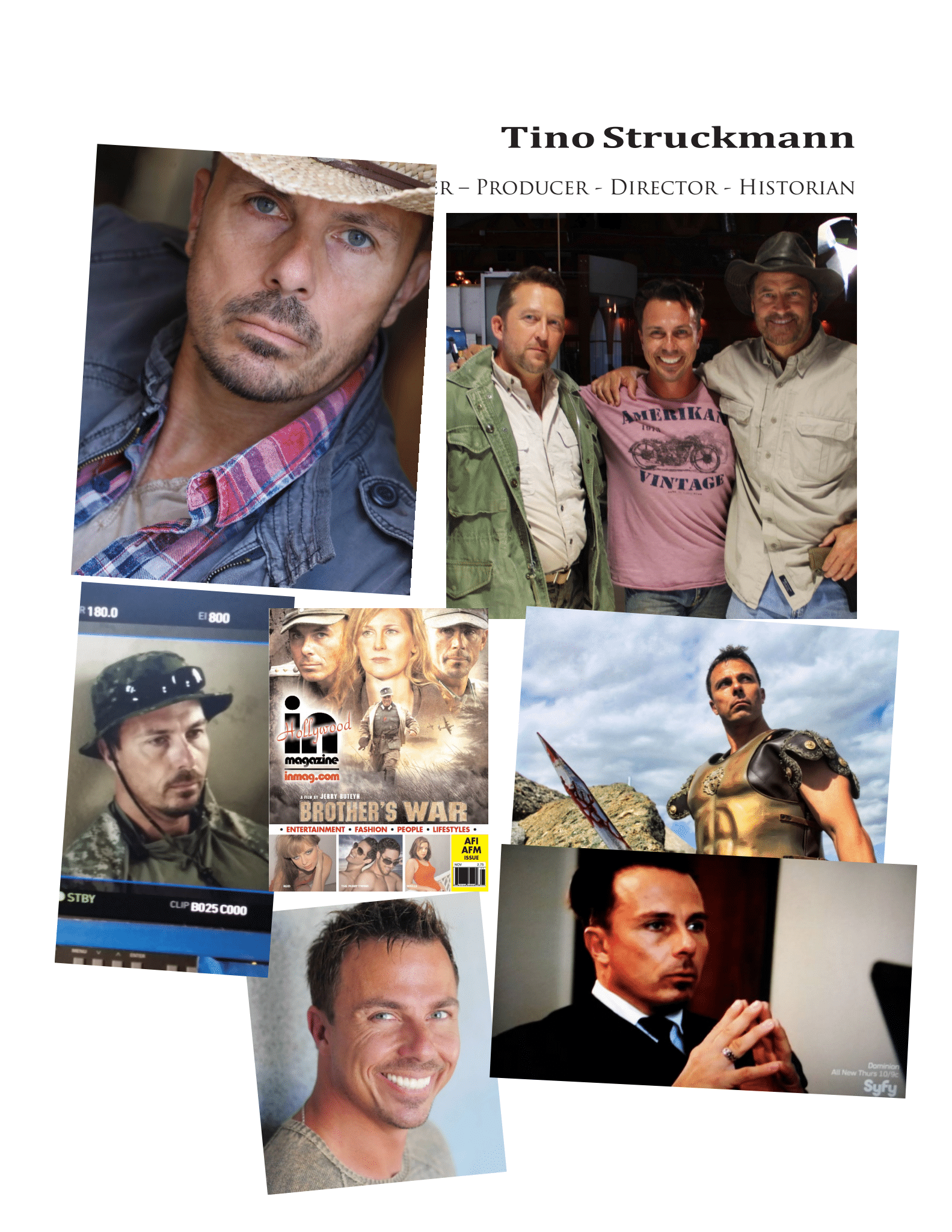 Olivier Gruner is one of my favorite action stars; how was he to work with?

Olivier and I go back many years and we have worked together in quite a few movies, both his and mine so we get a long great. I was always impressed bu how he kept in shape and kept on fighting in the MMA scene, also the young soldier dying on the Eastern front with the SS General is actually Olivier’s son. but, honestly I always wanted to do a brother movie with him so we did and spoiler alert we both survive to the end of this one, so maybe I can talk him into a sequel.

What would you like audiences to take from Iron Cross: The Road to Normandy?

Hopefully that regardless what war we fought and what enemy we may have, it is important to remember they are really not always as different from us as propaganda may want us to believe. Certainly historically there were so many turning points of WW1 and WW2 where these wars could have been avoided or at least come out very differently. But that is a longer conversation for another day. But by comparisons I hope following the American and American units parallels maybe an understanding of this can be found. I also inserted some very subtle hints throughout of things and events many younger people today may not realize of know off. There are a few things in the move nobody have inserted in a WW2 movie also. I also hope maybe I can give a better understanding of life for the German soldiers inside the Bunkers or on the other side of the conflict. There are some very moving events that all were true stories not before told, but most of all I hope everybody would just enjoy the movie and forget that their popcorn may be cold lol

Right now I am in Europe filming two documentary series one about the German special projects during WW2 and one about the evolution of Steel and Stone, about forts castles and fighting bunkers.

After that we have a Biker movie I am polishing the script, something contemporary about an estrange teenage daughter and her reformed biker father who have a proclivity of killing drug dealers. And of course another war movie based on the real story of the first cold war mission in 1946, we are currently out collecting cans to raise the budget for either. Kidding – well not really