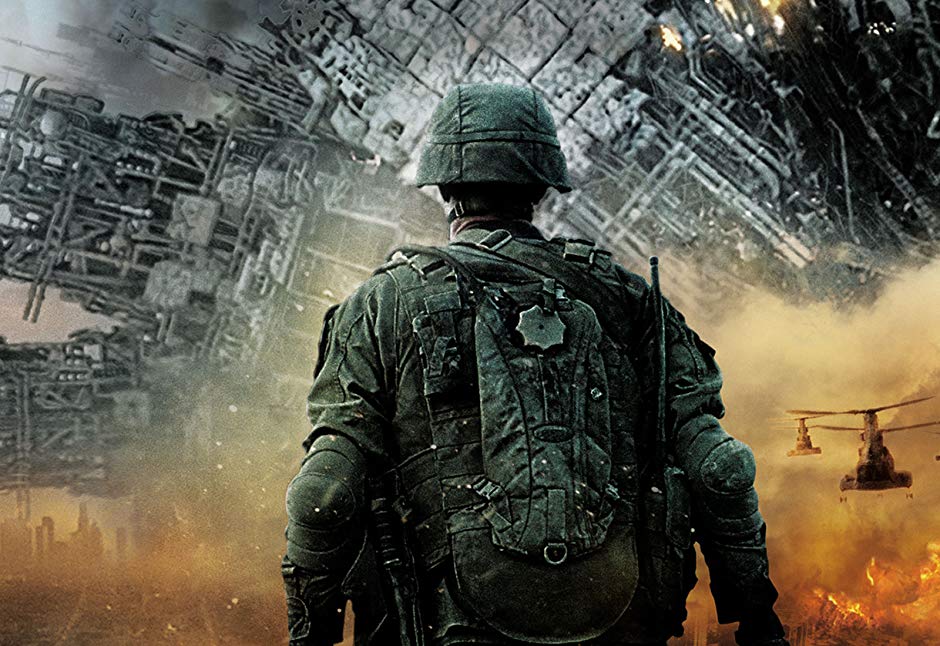 Plot: For many years, humans have reported various UFO sightings around the world, fueling speculation about the existence of life on other worlds. In 2011, mankind learns the truth the hard way when alien invaders attack. One by one, the world’s great cities fall, leaving Los Angeles as the battleground for humanity’s last stand. It’s up to a Marine staff sergeant (Aaron Eckhart) and his platoon to draw a line in the sand against a powerful enemy unlike any previously encountered.

I think I’m one of the few people who had a complete blast with this movie; sure it wasn’t all that original story-wise but its execution was fabulous and the amount of work that director Jonathan Liebesman put into the movie was above and beyond what you’d normally expect.

He created a mini movie to convince studio execs that he was the right man for the job and if you watch the Blu Ray of the movie you can find out just how much time and effort he put into it. People can be so quick to criticize movies and completely ruin months of hard work and I think Battle: Los Angeles was unfairly dismissed by a lot of movie-goers.

The movie was probably one of the more realistic portrayals of how we would deal with a hostile alien invasion and used real Marine tactics with the cast going to a real boot camp for training.

Aaron Eckhart is always watchable and I really liked his broken Staff Sergeant; filled with remorse for losing men on his last mission, he’s looking to retire but when aliens decide to invade, his plans change.

The effects were excellent, especially during the opening assault as the Marines fly over Los Angeles and Brian Tyler’s outstanding score provides the right amount of bombast and emotion. It really captures the feeling of dealing with a unknown enemy and I like how the Marines are justifiably terrified.

Sure it has several war movie clichés and a bit too much shaky cam, but I would definitely like to see the war in another city. Internationally it was known as World Invasion: Battle: Los Angeles, so how about we see Battle: London or Battle: Hong Kong?

Just make sure you bring back Brian Tyler for the music as it’s arguably my favourite score of his.In a follow-up I’d like to see more of the aliens and possibly give them more of a backstory. Or we could go way out there and have us take the invasion to them and attack their world…

Does anyone else want a sequel or am I alone?