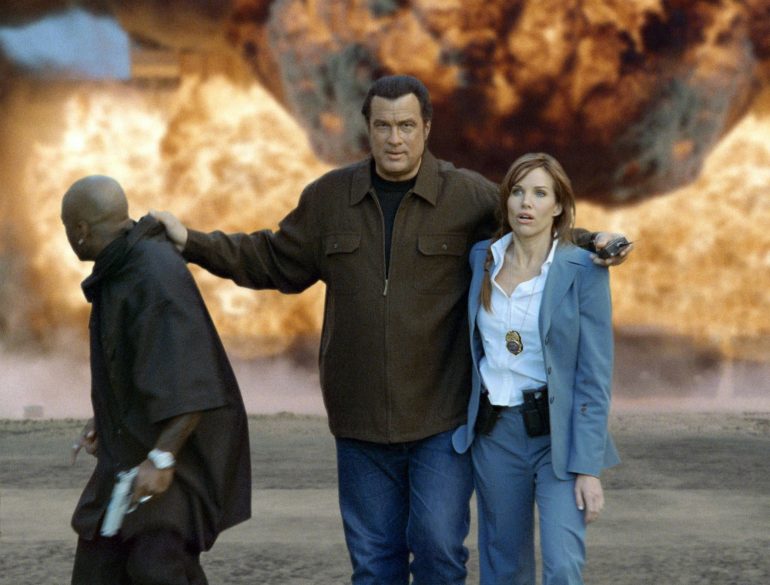 Today You Die has a few entertaining moments, but it’s very forgettable and it blends in with a hundred other movies.

Plot: A former thief who is trying to go straight seeks vengeance on those who framed him.

Review: I’m on a Steven Seagal tip just now so I thought I would give Today You Die a shot. It actually had no dubbing that I noticed and was a relatively entertaining, if forgettable buddy movie.

Seagal stars alongside Treach and when he is wrongly imprisoned he gets Treach to break him out in easily the simplest break out of all time. It all feels rushed and Treach sort of appears out of nowhere and says “I’ll help you for some money” to which Seagal replies “OK”.

There’s all sorts of the usual mystical bollocks that’s in every Seagal movie these days, but it has some OK action scenes and the odd one-liner.

It’s pure old-school action which I always enjoy but that’s also the problem, it’s like a million other movies and doesn’t ive us anything we haven’t seen before.

The best thing about it is the score by Steve Edwards (Ninja) who gives us Lethal Weapon style music with electric guitars every two seconds, which is ridiculously awesome.

The villains are bland and forgettable too and I can’t even remember the names; I think Max was the main one but you do get Nick Mancuso who also starred in Under Siege 2 with Seagal. He has some pretty poor dialogue in the movie though, which is a shame.

It’s only 90 minutes long and ends with a pretty awesome explosion but the sheer lack of originality and some poor acting really lets it down.

Overall, Today You Die has a few entertaining moments, but it’s very forgettable and it blends in with a hundred other movies.