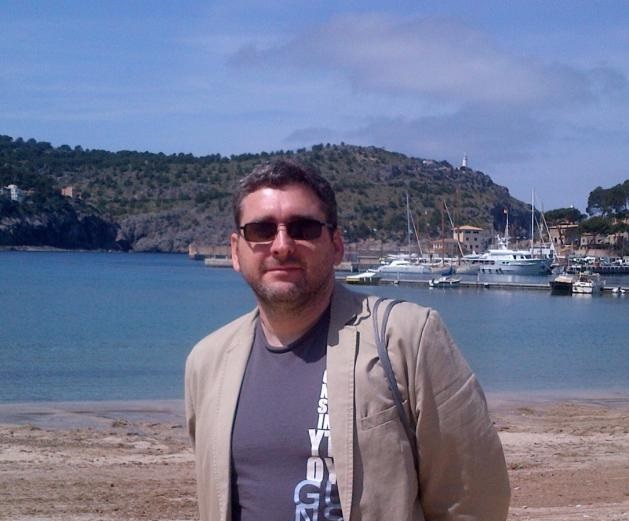 Eight years after he first put pen to paper on the script, Todd Bartoo’s long-gestating passion project Killing Joan – starring horror icon Jamie Bernadette as a woman who rises from the dead to get revenge on those who put her in the grave – is done and dusted. Bartoo talks to us about the April release.

Why this project? Why did you feel this story had to be told?

For me, the themes of this movie are something that I think about and struggle with. Sure, it’s a revenge thriller. But it’s also about the good and evil within us. So you have a main character who isn’t a good person, an antihero. Can that person be redeemed? Is there good within them? It’s really about the choices that we make every day. I believe we all have both good and evil within us. It’s so easy to respond with bitterness and hate. But you can also make the decision to do the right thing. Originally I was planning to shoot a different script, but for some reason this script kept coming back to me and I couldn’t stop thinking about it. 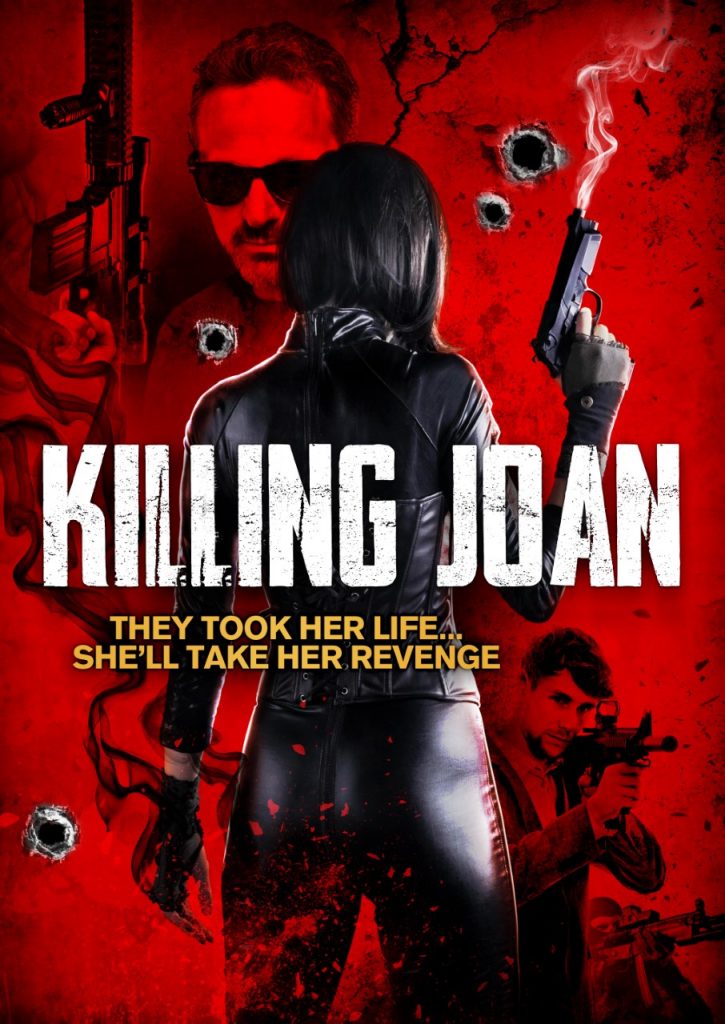 Let’s backtrack. Why movies? What was it about film that had you jumping through fiery hoops to be a part of it?

I’ve always loved stories, even as a kid. We had a lot of books when I was growing up and I was constantly reading. At the same time, I was watching films like Jason and the Argonauts and Back To The Future. To me, anything that excites my imagination is gold.

Did you find it relatively easy to break in?

It’s never been easy. I broke in because I was willing to work hard. When I started out I was working 12-14 hours a day, six days a week. I was also lucky in that I took advantage of the opportunities that presented themselves. Plus, I have had a lot of help from many different people throughout the years. The film industry is a tough one and not for the faint of heart.

You have to have a thick skin, if you’re working in the business, I imagine. How do you handle the ups, downs, rejections and disparagement that the game brings?

Rejection is just part of the game. And the anonymity of the internet makes people feel free to say whatever they want. If you want a thick skin, just try posting something to Youtube, you’ll be flooded with negative comments. But you have to learn to just laugh them off and not feed the trolls. You just have to realize that it’s them and not you. Usually it’s because this person is having a bad day or they just got dumped, or they hate themselves. It has nothing to do with me, so I ignore it. And sometimes it’s just down to taste. If someone hates romantic comedies, you could have the most amazing romantic comedy movie and they will still hate it. You can’t please everyone. I think the key is to have patience. If you put it out there, you will find your audience. I’m still amazed that the short films I made 15 years ago are still circulating on the internet.

You clearly like to be involved in all facets of filmmaking – is that why you prefer to get involved in indie projects? 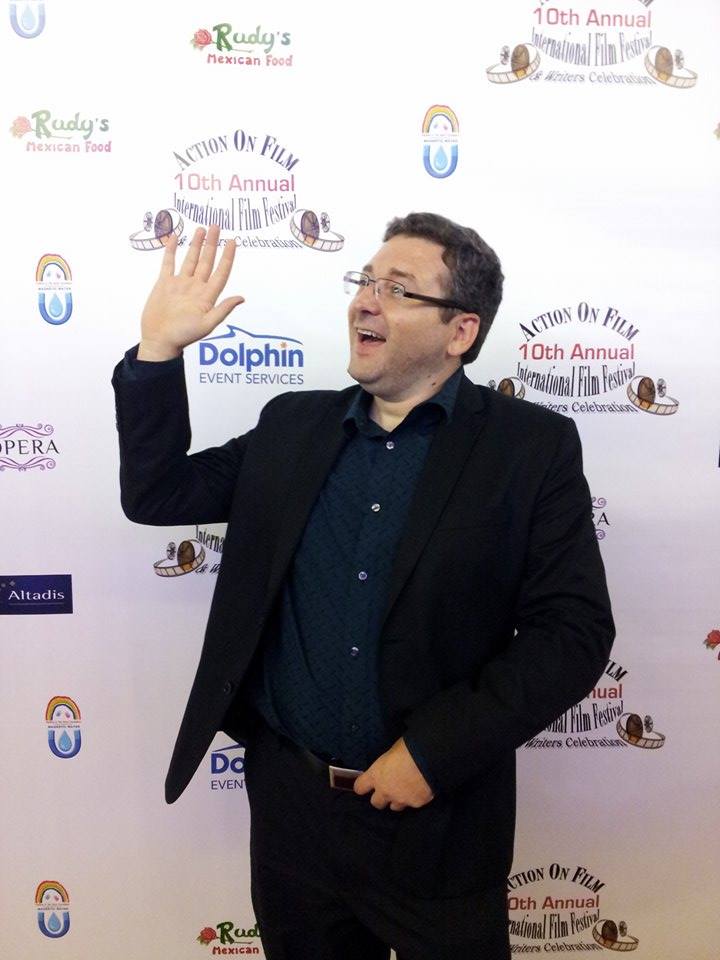 I feel like independent genre films get no love. They are seen as trash films or something done just for money. Independent films have the Spirit Awards, which are great but you rarely see a genre film there unless it’s something like Get Out or It Follows. But those are the rare exceptions.

Even the major press shies away from indie films. Has it become less about what the readers might want to read about and more about who will keep them in business?

I think the press is really looking for eyeballs and to get as much attention as possible. It’s easier to post reviews of the same old studio films than to go out on a limb to publicize an independent film. Luckily in today’s internet age, there are independent journalists and outlets devoted to covering independent films.

They say ‘TV is where its at’ at the moment, do you agree?

The question is, what is TV? I feel like the traditional boundaries between movies and TV are blurring. The fact that House Of Cards wins Emmys as a TV show even though it is on Netflix, makes us reevaluate what we consider to be television. To me, the division is really between an encapsulated story like a short or feature film and an ongoing episodic or serialized storyline. I think it really depends on the story you want to tell. Personally, I still love movies because they are done and complete in two hours. But there are some stories that you can’t really tell in that time frame. If you need to tell a larger story then you may need ten, twenty or a hundred episodes to tell it.

Box office receipts are down – do you think that’s because of all the great television, or increased theatre prices? Or maybe something else?

It’s incredibly difficult to get a film made for under a hundred million dollars in the studio system. With the death of DVD, movies have to regain their budget from ticket sales and foreign. So the studios are forced to make big budget blockbuster films. If you don’t have a high concept big budget film, it’s tough to recoup a budget over $10m through limited release and VOD. That’s why we are starting to see a lot of great smaller films in the under $10m range with name actors. Most of these actors aren’t doing it for the money as much as they are doing it to get a chance to actually act in something meaningful. I think audiences are just bored with the same types of films over and over again and that’s why they have been staying away from the theater.

Is Killing Joan something that’s been cooking for a while?

I finished the first draft of the script back in 2010. In the meantime, I wrote a bunch of other scripts. After I finished producing Pink Zone, I had a different script I was going to produce. But for some reason this script kept coming back to me. I originally wrote it as a big budget action thriller. But I saw a way that I could rewrite it and scale it down into something more manageable. So I did about a dozen rewrites of the film. After the initial shooting, we spent about two years in post-production. Part of this was due to all of the VFX in the film which take a lot of time. Another part of it was that we had to reshoot several scenes due to a hard drive crash. Since I was under no deadline to release the film, I took my time to make sure it was done right.

How long did it take you to cast the lead?

The casting process took about four months. I saw a lot of actors for the lead. I wasn’t as familiar with Jamie but my producer was familiar with her work. She brought not only a toughness to the role, she was also able to bring out a vulnerability in the character. I had long callbacks for the actors because the chemistry between the actors was very important, since the heart of the film is the relationship between Joan and Anthony.

What was the drive behind it?

I’m a huge fan of low budget horror and thriller films from the 70s and 80s. I just loved the sense of passion and energy these filmmakers had to get it done despite not having a lot of money. Basically, I wanted to make a fun kick ass film that entertains but also has a meditative quality to it that may help it bear repeated viewings.

Now that it’s complete, is there any apprehensiveness or nervous about unleashing it onto the world?

I’m certainly preparing myself for the trolls and the critics that seem to hate everything. And as a filmmaker, I certainly see the areas that I wish could be better. But I hope that people appreciate the film for what it is and get something out of it. It may sound weird, but this film is for people that like it. People will either get it or they won’t.