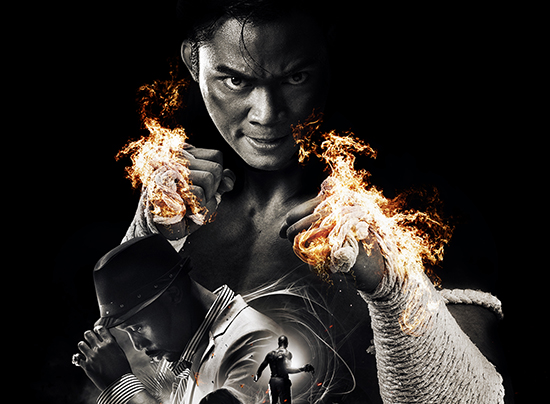 The Protector 2 isn’t a patch on the first film but it has enough impressive action to be worth checking out; it’s just a shame about some lackluster special effects and the odd pacing issue.

Plot: Once again, Kham’s pet elephant has been abducted and he must fight anyone in his way to find him.

Review: If there’s one thing I’ve learned from The Protector films, it’s that you should never let Tony Jaa look after your elephant. Once again someone foolishly steals his elephant so he is forced to give up his peaceful life… and beat the living crap out of legions of nameless goons.

The first Protector was a bit of a classic with jaw-dropping action, proving that when it comes to on-screen martial arts, there were few who could hold a candle to the incredibly skilled Jaa.

The big thing about Tony Jaa was “No stuntmen, no CGI, No wires, etc” but sadly that is no longer the case as this movie has rather a lot of CGI and it was very noticeable in places too.

The car chase which takes place in the middle of the movie goes on for a bit too long but also has a few moments which just look pretend and really took me out of it.

It’s not the worst CGI ever but it really has no place in a martial arts movie. To me, CGI defeats the purpose; I’d much rather see genuine skill over a computer game.

The movie also practically descends into parody by the finale, especially with the RZA’s pretty weak villain. He really isn’t the greatest actor in the world but I will admit that he does have a few good fight scenes.

It takes a little while to get going but once Jaa starts to fight, prepare for your jaw to drop once again. There’s a great fight between a henchman and Jaa where the bad guy (Whose name I couldn’t even tell you, but the actor is Marrese Crump) electrifies himself and then it uses lightsaber sound effects from Star Wars as they fight; it’s ridiculous stuff but awesome at the same time.

There are several outstanding fights and the Pixie Twins are a rather welcome addition too; they both have great skills and the fight in the shipyard may be the finest moment of the film.

As always, Jaa brings an innocent likability to his character Kham who just wants to be left in peace with his elephant; forced to fight once again, you really are counting the seconds until he starts to kick ass as he really is amazing to watch.

The music was rather cool with an electronic sound which created an ominous vibe; it worked well for the movie and despite not being all that tuneful, I liked it.

Overall, The Protector 2 isn’t a patch on the first film but it has enough impressive action to be worth checking out; it’s just a shame about some lackluster special effects and the odd pacing issue.