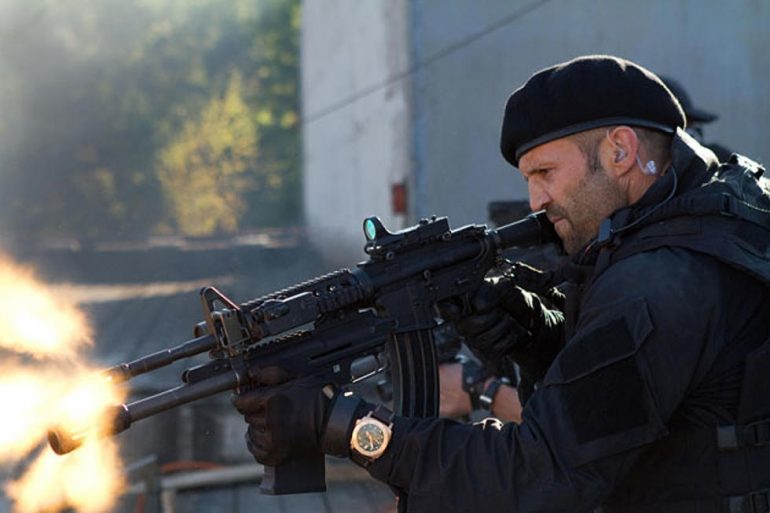 The Hollywood Reporter has dropped the hammer on the next Expendables franchise installment from Lionsgate as it is being announced that Jason Statham, Dolph Lundgren and Sylvester Stallone are gearing up for a new mission and this time martial arts and action legend Tony Jaa has joined the cast!

Joining the team once again is Randy Couture and other new additions include Megan Fox and Curtis “50 Cent” Jackson. Resident stunt pro turned filmmaker Scott Waugh (Need For Speed) is in the directors chair which bodes well for the action set pieces.

Most badass yet? We shall see but I think we all know what action fans want out of this next installment. Spenser Cohen penned the script with revisions courtesy of Max Adams and John Joseph Connolly.

It looks like initial reports were correct in that Statham will be flexing the most muscle this time around and take charge and Fox will be the female lead. I’m not opposed to her casting as Fox demonstrated more than adequate action chops in Rogue. I’m in the minority on that one though. Plot details are being kept hush, hush for now so stay tuned!

The addition of Jaa certainly adds a big bone breaking crunch to the lineup but it’ll be interesting to see who else will be added later on. To draw fans back after the last outing, this one will definitely have to bring in some more serious firepower in terms of action stars. Somehow I think Megan Fox and 50 Cent won’t cut it. Plus it’s going to have to be extravagantly violent with meaningful deaths to add fuel to the dramatic fire.

Filming is set to commence this October for a 2022 launch so keep it locked and loaded right here for more announcements to follow as you know there will be added additions to the action packed lineup!