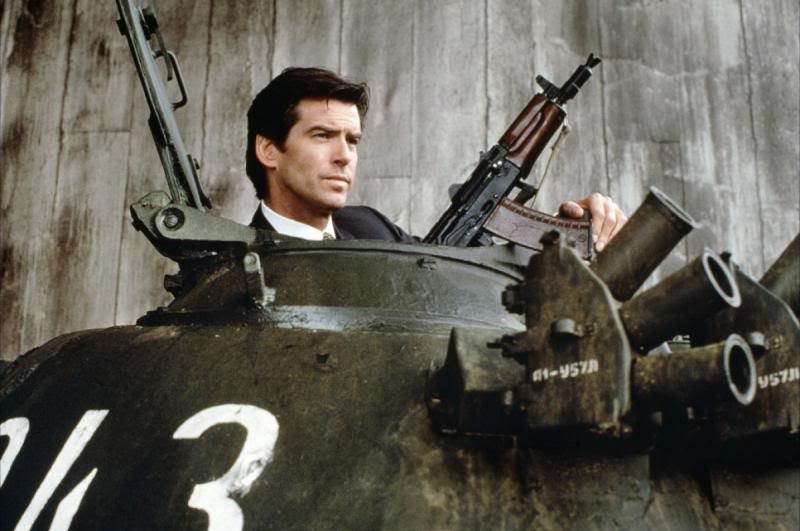 It’s an accepted fact these days that for an action movie to truly be an event, it needs to be accompanied on its release by a video game tie-in. However, in a world where players can spot a cheap cash-in a mile off, which games were worth making– and which should have stayed on the cutting room floor?

Bond. James Bond. 64. Nintendo 64. This first-person shooter garnered rave reviews when it came out two years after the film hit our screens. In fact, being Pierce Brosnan was largely considered to be more fun than watching him; the film was OK, but the game was amazing.

The developers of today must envy those of the early days of console gaming, as they had the luxury of time. There was no tie-in when Blade Runner came out in 1982, so they could take their time crafting a great game– which this point-and-click PC release really was.

That point about taking your time? Really important, it turns out. Developer Howard Warshaw was given five weeks to come up with an Atari version of Spielberg’s classic movie. The result was a game dubbed “the worst of all time”, and which was (harshly) accused of killing the Atari 2600.

Kids of the 80s who wanted to become a Ghostbuster for real had to wait 25 years for a game that gave them the opportunity, but when it arrived on multiple platforms it was worth it. The involvement of Dan Aykroyd and Harold Ramis as script doctors may have helped.

Not a direct adaptation, more of a sequel. Which is strange, because Tony Montana died at the end of the film. Yet here you are, playing as him as he seeks to rebuild his empire. The good news is, it was worth the effort to resurrect Montana; the game is excellent.

Apparently, the unwritten ninth rule of Fight Club is you do not talk about the console game, an abysmal StreetFighter II clone. You could unlock Fred Durst as a playable character. Yes, it was that bad.

It seems reasonable to consider the numerous playable options on www.bingosites.uk as tie-ins (albeit unofficially) to Yohei Fukuda’s atmospheric horror movie. The good news is, playing Bingo is a lot less hair-raising than watching it — fun, effective, and the perfect movie-inspired relaxation after a long day.

This game is effectively a prequel to the movie that came out the same year, and Vin Diesel played a part in its development as well as voicing his eponymous character. The result is a pleasing, highly playable stealth game that’s still fun today.

So many movies have launched games, but Tomb Raider was different. It’s the game that launched a movie franchise that launched Angelina Jolie. This pioneering action-adventure game also launched a thousand clones, but none as good as the original.

Has it always bugged you that they killed King Kong at the end of both the original and the 2005 remake? Well, if you play the game — and are able to take out enough biplanes and search lights in the final sequence — Kong returns to Skull Island alive and well. The game is perfect wish-fulfilment if you’d have preferred a happy ending to the movie.

What are your favourites?