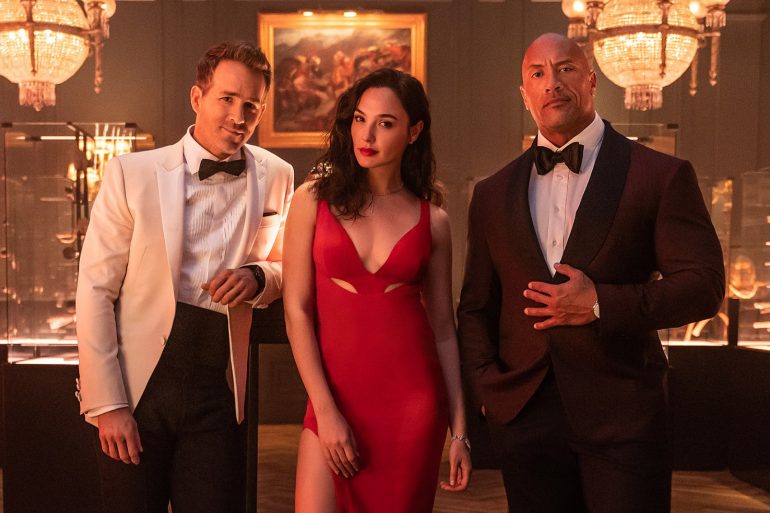 Top 3 Action Movies You Need to Watch on Netflix

All the action lovers can now go to Netflix for a plentiful supply of their favorite genre. This OTT (Over The Top) platform is packed with movies that will definitely have your pulse racing and keep you glued to your screens till the credits roll. However, it could get pretty challenging to narrow the list down to the absolute best, which you like to watch.

Whether you are in a mood for action with a touch of comedic edge, or a more serious storyline that will have you on the edge of your seat, Netflix has it all.

But in order to stream these film without facing any issues such as lags, buffering, or slow speed, you need to get an internet connection that is superfast, interrupted, stable and of course, includes unlimited data. You might be thinking, “Where would I get all of these benefits?” Don’t worry, we have just the right suggestion for you, which is Charter Spectrum – one of the leading telecom companies in the United States. The internet plans and packages of this company are extremely impressive and none of them comes with data caps, which by the way, is considered a huge bummer in the world of web connections. So, if you plan to have a fantastic streaming experience, then check out this provider in your area.

With that being said, if you are looking for an adrenaline rush, then sit tight because we have got you covered. Below we have put together a list of the top three action movies you can watch on Netflix.

Red Notice is a perfect source of entertainment for all those of you who look for an actioner with a dash of comedy. On top of everything, the cast is to-die-for. It stars Dwayne Johnson, Gal Gadot, and Ryan Reynolds, along with many other brilliant actors.

Red Notice follows the story of an Interpol agent who tries to hunt down and capture one of the notorious, well-known, and wanted art thieves in the world. The whole movie is set in an international world of crime. You get to watch Ryan Reynolds – the world’s second-best art thief – forcefully teamed up with the profiler in FBI played by Dwayne Johnson. Both are framed by the world’s best art thief by Gal Gadot. From this, you can imagine the adventure that follows.

This film is considered one of the most highly-watch movies on Netflix. The film is superb and keeps you hooked through the end. This incredible heist movie gets plus points for its brilliant humor and acting execution of the cast.

Netflix calls this movie ‘new-school western’ and we agree with it. The movie is a perfect blend of old-school western elements such as train robberies, rowdy taverns, bandits, and bank jobs with that new-school concept that are vibrant and definitely fresh.

The movie gives you every reason to give it a watch. One of the biggest is probably its amazing cast. The film features Idris Elba, Zazie Beetz, Jonathan Majors, Regina King, and many others.

The film follows the adventures of the cowboy Nat Love. His parents were killed by a criminal. When the said criminal is released from the prison, Love decides to take revenge by reuniting with his gang. You would be surprised to know that many of the characters in this movie are loosely based on real-life people from the 1800s.

The Harder They Fall is a perfect source of entertainment for fans of the western genre. Even those people who don’t find cowboys their cup of tea can still enjoy watching this amazing film.

How can we even talk about top action movies and forget the masterpiece? This 2006 spy movie is a perfect way to spend your Saturday night in. It is arguably one of the best movies with all the elements that we crave in spy content.

The stellar cast consists of Daniel Craig, in his iconic role of James Bond alongside Mads Mikkelson, who steals the show with this awesome performance. The film further becomes a treat to our eyes due to the characters of Jeffrey wright, and of course, Judi Dench.

British Secret Service agent James Bond decides to go to Madagascar as he receives a license to kill. There he discovers a link to Le Chiffre, who is known for providing finances to terrorist organizations. Then begins the whole fiasco when M16 sends Bond to play against Le Chiffre so that he can beat him in a poker game. However, along the way, he falls in love with the stunning Vesper Lynd.

The movie is hands down a delicious watch and if you have not already watched it (which we absolutely cannot fathom how), then you must stream it today.

Be it newer hits or the old classics, Netflix is packed with exciting titles and superb releases of all times, especially when it comes to the action genre. So, if you are an avid watcher of this particular type, then we recommend you to check out the names mentioned in this article. We guarantee, you are going to have a time of your life while streaming these films.