Movie-themed slot machines are a great way to marry the excitement of gambling with the fun of the cinema, and the two have been on friendly terms for a long time. In many ways they’re the spiritual successor to the licensed pinball machines of yesteryear that became genuinely iconic in their own right. It’s a fun way to take the experience to the next level, and nowadays there’s more tie-in slot games than ever before. Let’s looks at five of the best that bring the best offerings of the big screen to the gaming table. 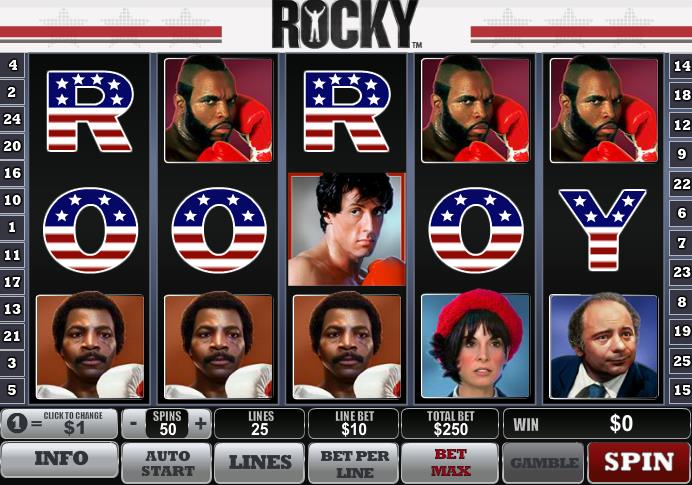 This game brings all the best loved characters from Sylvester Stallone’s legendary boxing franchise in the form of a gripping slot game. Developer Playtech has included all the favourites, like Ivan Drago, Clubber Lang and Apollo Creed while also making sure to keep the game tremendously enjoyable. Your payout is calculated by the amount of “rounds” you fight your opponent for, but once you get knocked out it’s game over. A great bonus round helps you boost your payout if you successfully spell the letters “ROCKY” in a row across the reels. Add to that the best and most memorable clips from the films accompanying the action and you’ve the recipe for perfect pugilistic prize-winning fun. 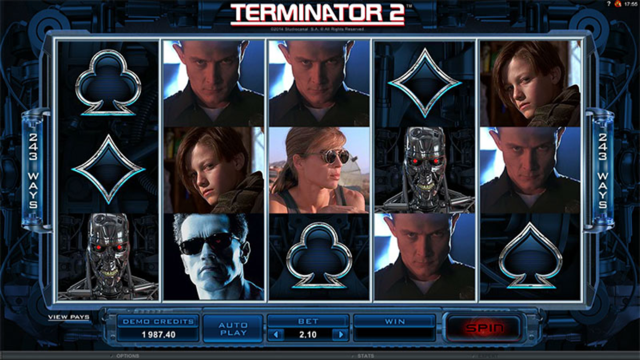 James Cameron’s sci-fi masterpiece is widely regarded as one of the greatest films, action or otherwise, in any genre. Developer Microgaming has worked hard to make sure this game is dripping with the atmosphere and flavour of its cinematic source material. John and Sarah Connor, the villainous T-1000 and, of course, Schwarzenegger’s most iconic role to date, all turn up to help along the action. The use of the original score from the film is particularly effective in building atmosphere. The game itself is great fun as well, with the T-1000 turning up in a bonus round with the possibility of transforming into a different character and ramping up your wins for spins potential. Hasta La Vista!

Microgaming’s efforts make another appearance on our list, this time based on Christopher Nolan’s Batman adaptation that is widely regarded as the best and most mature superhero movie to date. The attention to detail from the developers is truly a wonder to behold. It’s clear this was made by more than a couple of fans of the caped crusader himself, with Batman responding to the gaming action and the Joker sporadically popping up. Furthermore, the game actually follows the film’s plot in surprising detail. There’s a wealth of features in the game that make it one of the most gripping gameplay experiences around, so do yourself a favour and take a trip to Gotham City today. 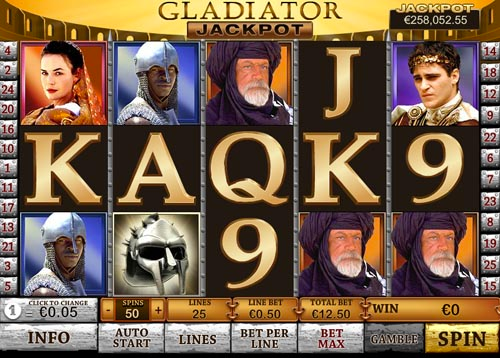 It really does appear as if Microgaming have cornered the market on license slot games. An oldie but a goodie, the game goes with a standard three row and five reel format, making it almost as much fun as keno online. There’s 25 pay lines and the chance to win up to 5,000 times the amount of your initial wagering bet. All this is festooned with a ancient Roman presentation style that still looks pretty good and lots of exciting touches from the classic swords-and-sandals actioner itself. Sadly though, no appearances from Russell Crowe himself. 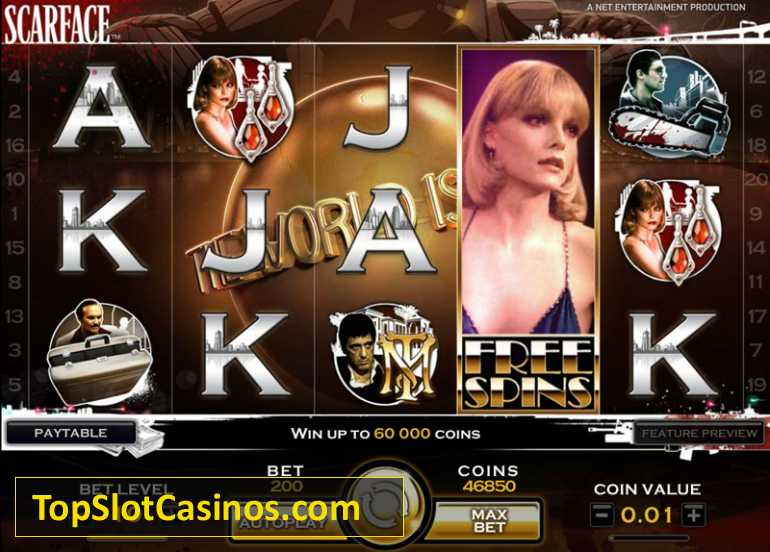 Netent have outdone themselves with this exciting game based on the murderous rise and fall of Tony Montana. The “Say Hello To My Little Friends” bonus round is the jewel in the crown here, letting you pick a weapon to defend Tony’s mansion from invading mobsters. The game’s over when our hero succumbs, but with so many features and attention to detail, it’s certain you’ll be back for more.