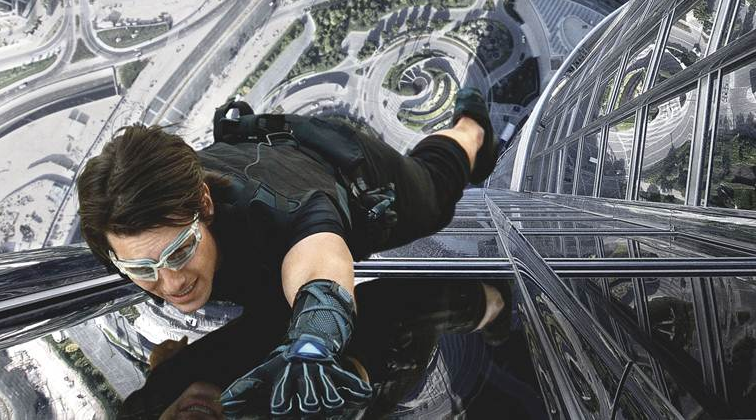 Hollywood has a magpie approach to finding ideas, taking inspiration from real-life events, video games and graphic novels. This has sometimes led to great films such as The Crow and at other times it has been less successful – with no one needing to be reminded about the Super Mario Bros movie or the more recent Assassin’s Creed. Classic television shows are another rich source of material for the studios, like these three.

Most people were not hopeful for the A-Team movie, as it was generally considered that the original stars – in particular Mr T as B.A. Baracus – were essential to making it work. However, the casting of MMA star Quinton ‘Rampage’ Jackson proved a smart decision and it is easy to forget that Mr T did not come from an acting background. The movie ramped up the action, with more over-the-top destruction and mayhem than was possible on primetime TV and it also updated the characters, making them Iraq war veterans, rather than Vietnam. Ultimately it based its appeal on comic bickering and dumb action fun though, just like the show. It did not set the box office alight at the time, but had it come along now it might have capitalised on the nostalgia for the 1980s.

The 1960s series Mission: Impossible is a cult classic, with everything from the self-destructing mission tapes to the Lalo Schifrin theme tune being iconic. Given how fondly it is remembered, it made sense for Hollywood to turn it into a film in 1996, although they made some changes along the way. The movie features the IMF, just like the show, but here the leader is Ethan Hunt – played by Tom Cruise. Furthermore, whereas the original series was an ensemble show, in the movie the character of Hunt dominates. Directed by Brian De Palma, the film also has much more high octane action and it was this rather than the confusing plot about a CIA mole framing Hunt for murder that made it a smash hit.

There have already been two movies inspired by this 1970s show, but now the franchise is being rebooted with a new film. The show was about three female crime-fighters working for a detective agency run by the mysterious Charlie. The earlier two movie versions maintained this idea and played things for campy laughs, but it is rumoured that the new movie will put the action and adventure aspect of the original show front and centre. The Angels are played by Kristen Stewart, Ella Balinska and Naomi Scott, but no details have been released about the plot yet. The idea for a more action-oriented movie with three female leads is intriguing and it could be the surprise action hit of the year.

We will only have to wait until November to find out whether the new Charlie’s Angels movie becomes an action classic or another bad film based on a TV show.