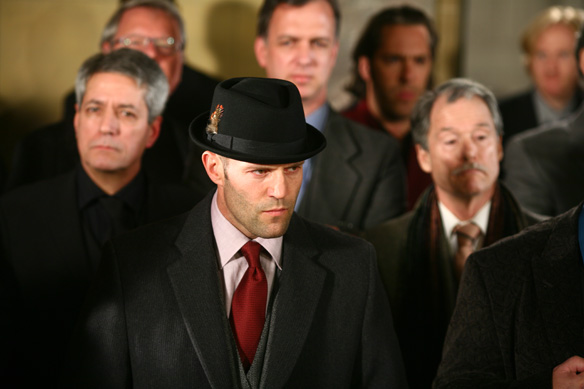 Top Hollywood Movies Based on Roulette

Roulette is one of the most popular casino game of all time. Be it the land-based casino or the online casino, the game of Roulette is the most sought after! It is also one of the oldest casino games known to mankind, now available at the online casinos too. Roulette lovers can get to see the variety of Roulette variations at the famous UK based online and mobile casinos. It doesn’t come as surprise to see Roulette incorporated in various feature films. The thrill of Roulette game is such that, no one seems to escape from it!

Let’s discuss the movies in which Roulette had a significant part to play.

13- Intrigued by the Name, Already?

This movie, released in 2010, is about a young man desperate to make money for his father’s medical treatment. He gets involved in the Russian Roulette for the same. This movie is the remake of a French movie 13 tzameti. In this movie, the Russian Roulette is a staged event for high profile spectators. However, the stakes are real.

The Roulette scene in Casablanca is the most epic casino scene ever! Rick operates an illegal casino in his cafe. He gets into a conversation with a woman, who is planning to prostitute herself to a police officer, to get a visa for herself and her husband. Later, Rick sees her husband playing Roulette and he helps him win the cash necessary to leave the country.

The scene brings out the human nature of otherwise, the stern Rick.

Released in 1998, croupier stars Clive Owen. He plays the role of the croupier, term used for the dealer at the Roulette table. Jack, an aspiring writer, works as a croupier to make his ends meet. His lover too is a croupier. The most realistic movie based on the reality of casinos, Croupier is highly acclaimed.

Havana is sort of a remake of Casablanca. Hence, its only obvious for a casino scene to be incorporated in the movie. Though, not very pivotal, the scene establishes how smart and clever gambler Jack, the protagonist, is.

Jack comes to a woman gambling on the Roulette table. He advises her to bet on black and reds instead of individual numbers. On being asked, if she will be more likely to win, he replied “You’ll still lose. But you’ll lose slowly.” A smart advice for every Roulette player, you may say?

Indecent proposal, starring Robert Redford, is a movie about a billionaire offering million dollars to a young couple, in exchange for a night with the wife. The scene takes place at the Roulette table.

This movie is a German time travel movie. Lola, the protagonist, has twenty minutes to amass a huge amount, to save her boyfriend’s life. The movie has three parts. All the three chapters start with the same situation but have different outcomes.

In the third chapter of the movie, Lola wins enough money at the Roulette table, to save her boyfriend’s life.

This movie stars Robert Redford and Paul Newman as conmen. The Roulette table in the sting is not only like that in Casablanca but also, lands on the same number 22.

Roulette is the significant part of almost every movie based on gambling. Go indulge in the thrilling game of Roulette, on any online or mobile casino like Mr Mobi, without any delay! The mobile casino these days is available with live dealer option to give a realistic feel to the game you are playing.