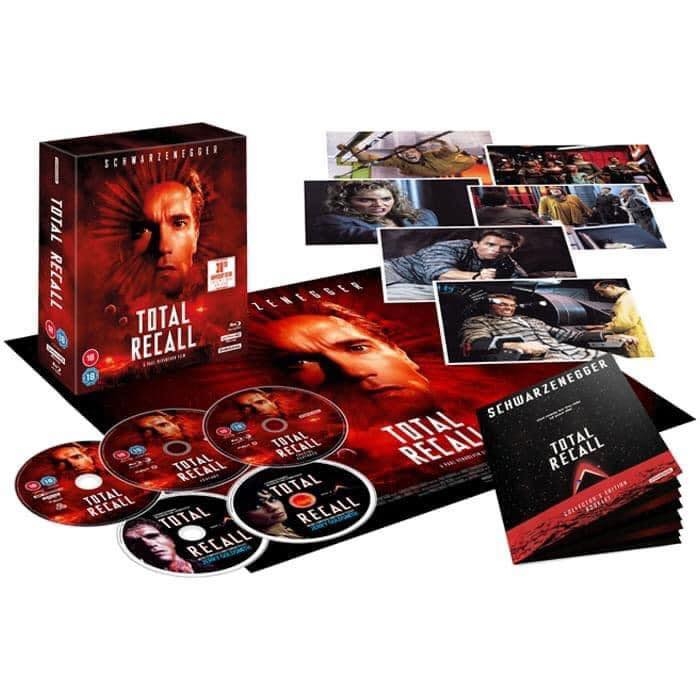 It’s a good thing Christmas is coming up as Santa is going to be a busy man this year; Studio Canal have revealed artwork for a limited 4K release of the Arnie classic Total Recall which will have a 4K version of the film as well as 2 Blu-rays and the Original Soundtrack on 2 CDs. It’s set to be released on November 16th.

This is another movie I already own but this looks real purdy and I feel like I need to have it. As Quaid says “I’m sorry ma’am but I NEED it!”