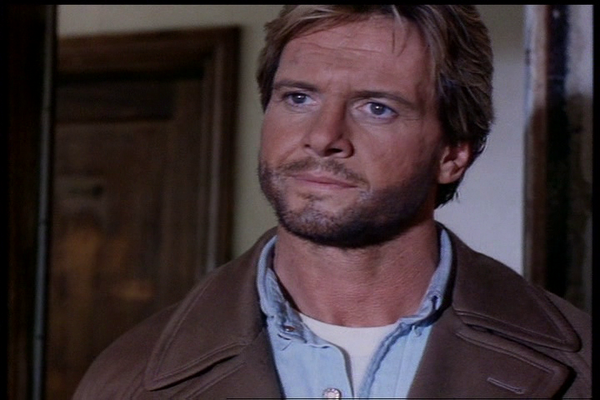 Tough & Deadly is ridiculous fun and it seems pointless to even criticize it.

Plot: In this actioner, a smart ass bounty hunter teams up with a G-man to take on a drug-smuggling ring.

Review: If ever a movie could be described as a complete blast then Tough & Deadly would be it. It’s just 100% pure fun with plenty of action including marital arts, shoot outs and an explosive finale. Roddy Piper and Billy Blanks always had good chemistry on screen so their buddy banter flows well.

The story is of course complete nonsense but who cares? It’s one of the quickest 90 minutes I’ve seen and I found myself smiling from beginning to end.

Somebody actually gets their neck broken with a chair in this movie; now I’m sorry, but that’s just plain awesome.

Billy Blanks is a great martial artist and does some fantastic moves in this; him holding his leg up as the bad guy approaches then bringing it crashing down on him is just wicked. I like how Roddy Piper just uses sheer brute force rather than anything flashy so it keeps the action fresh and exciting.

The only thing that niggled was during the finale you can early see the crash mat the stunt men land on after an explosion. Not a big deal but it did kinda take me out of it for a moment.

Overall, Tough & Deadly is ridiculous fun and it seems pointless to even criticize it.