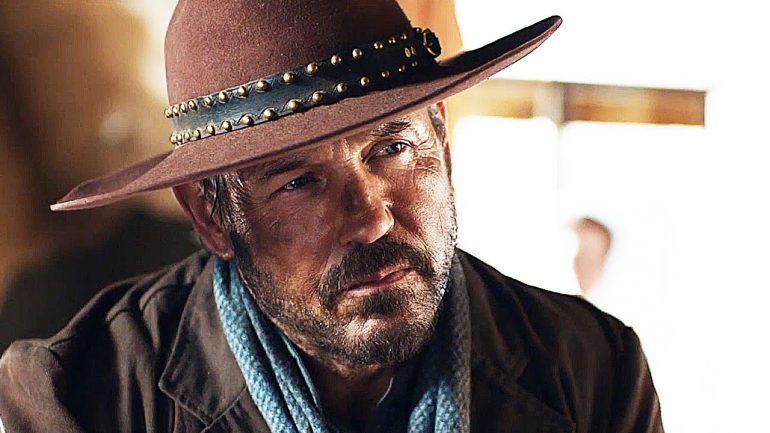 Traded delivered the Western goods for me and despite some wobbly performances by a few supporting cast members in the first half it’s never less than entertaining with plenty of action.

Plot: In the 1880s western “Traded”, a father must leave his ranch for Dodge City to save his daughter from an old enemy, putting his reputation as the fastest draw in the west to the test.

Review: The Western has enjoyed a bit of a renaissance recently which I am thoroughly pleased about and when I saw the trailer to Traded I was excited to see a cast that included Michael Pare, Kris Kristofferson and Tom Sizemore.

Happily Traded didn’t disappoint and is essentially ‘Taken’ in the Wild West as Pare searches for his kidnapped daughter. Both he and Kristofferson were born to play cowboys; their gruff voices are perfectly suited to their roles and you believe the characters they have inhabited.

Some of the supporting cast aren’t the greatest though, especially in the first half but it didn’t detract from the entertainment value. I got really caught up in the story which got quite tense and pleasingly violent in the second half.

Where ‘Taken’ had Liam Neeson playing an unstoppable badass named Bryan Mills Michael Pare’s character Clay is tough but not invincible; he gets beaten up, captured and tortured but his will to save his daughter is never in doubt and keeps him going.

You can never go wrong with Tom Sizemore as a villain and he’s particularly nasty and ruthless in this; he chews the scenery and is clearly having a lot of fun.

At 98 minutes in length it’s pleasingly well-paced and doesn’t take long before the action kicks in; we get a few fights and some shoot-outs which are standard Western fare and that’s just fine in my book.

Overall, Traded delivered the Western goods for me and despite some wobbly performances by a few supporting cast members in the first half it’s never less than entertaining with plenty of action.