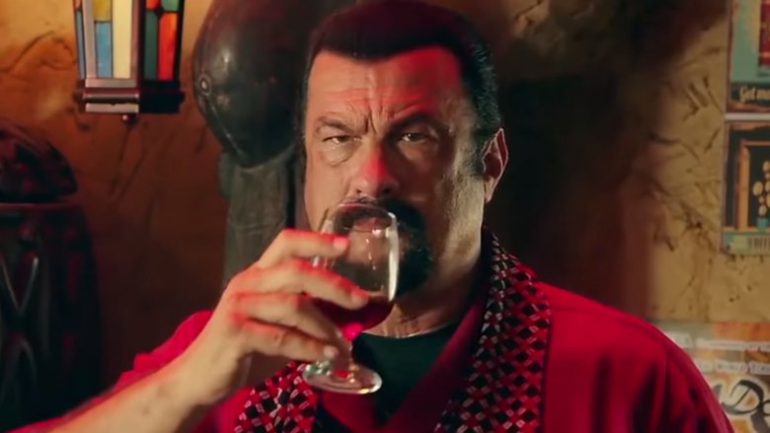 Tribal Warfare/China Salesman is bad even by my low standards; Seagal is wasted in a pointless role and Tyson is generally quite terrible. Avoid for the sake of your sanity.

Plot: Yan Jian, a young Chinese IT engineer who volunteers to go to North Africa and help the company he works for to win a competition. The winner can own the right to control the communication between south and north. French spy Michael works for the West. His boss ordered him to go to the North Africa and win the competition, and they can control the great mineral resources of Africa. He hired the best mercenary in Africa whose name is Lauder and a former general Kabbah to help him. Yan has discovered their conspiracy, he is the only one who can stop them.

Review: Do you hear that sound? That’s the sound of the bottom of the barrel being scraped in yet another Steven Seagal Straight to DVD dud. I was actually rooting for this movie as I thought the premise sounded interesting and the addition of Mike Tyson to the cast promised a battle for the ages. Yeah… that didn’t happen; instead we get Tyson vs Seagal’s body double in one of the dullest fight scenes of the year. Tyson himself isn’t about win any Oscars but he does at least have some choice dialogue like “dethroy them all” which was the most entertaining aspect of the movie.

As expected Seagal is also only in a small and pointless role and the main protagonist is the China Salesman called Yan Jian (Li Dong-xue); if I were him I’d pissed that I didn’t even get mentioned on the DVD packaging considering he is the lead. It’s all “Seagal vs. Tyson” in big writing. Lies.

Anyway, I liked how Yan Jian Li doesn’t have fighting skills and is just an ordinary man trying to overcome extraordinary circumstances using his brains however, I had trouble understanding what he (and several cast members) was saying and I never cared what was going on with any of the characters.

The acting (and dubbing) in general is hilariously bad and I was laughing unintentionally at several “dramatic” moments; some of it was genuinely amateurish but really it adds to the entertainment factor. The script was appalling too with unnatural dialogue so it’s no wonder some of the cast were struggling with it.

There are a few decent set-pieces with real tanks and explosions about half way through but then the movie drags on and despite having a runtime of an hour and 46 minutes it felt like several days.

There was the potential for the story to be interesting but it got overly convoluted at times and hard to follow mostly because I was barely paying attention which isn’t a good sign. There were also too many supporting characters whose motives I didn’t even care about so by the end I had completely tuned out.

Also, why do they say China Salesman? At no point was he selling anything made of China nor was he selling China the country; Tribal Warfare was a better title but no matter what you call it you still can’t polish a turd.

Overall, Tribal Warfare/China Salesman so wishes it was telling this epic tale of heroism but in reality it is wasting your life and slowly boring you to death; I wish I could say there was something to recommend but I’m afraid you really should avoid it even if you’re a die hard Seagal fan.