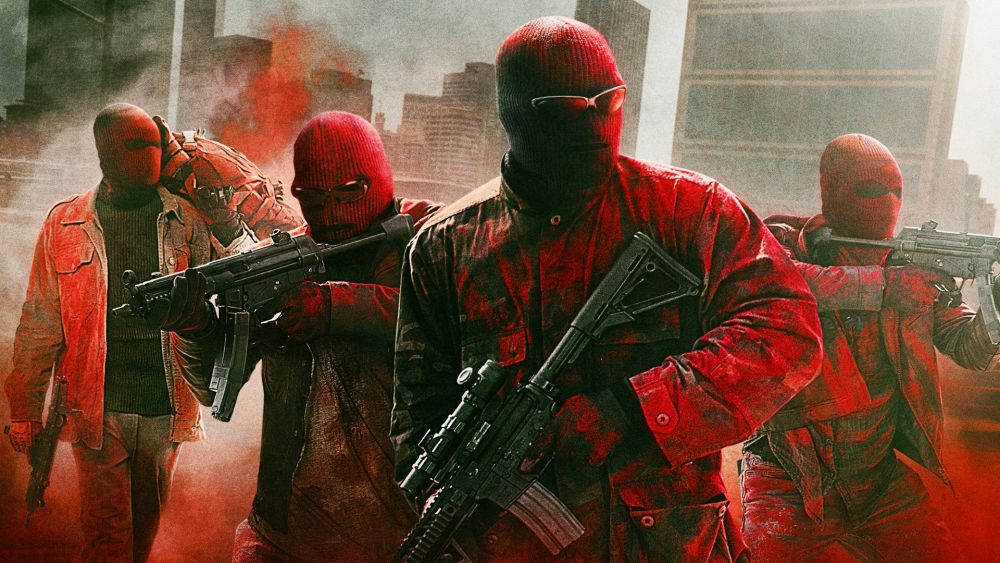 Triple 9 is worth watching for the cast alone and there are some decent set-pieces but the pacing issues in the first half let it down.

Plot: In TRIPLE 9, a crew of dirty cops is blackmailed by the Russian mob to execute a virtually impossible heist. The only way to pull it off is to manufacture a 999, police code for “officer down”. Their plan is turned upside down when the unsuspecting rookie they set up to die foils the attack, triggering a breakneck, action-packed finale filled with double-crosses, greed and revenge.

The movie is entertaining but isn’t fit to be mentioned in the same breath as Michael Mann’s seminal crime flick. Triple 9 however, isn’t trying to mimic Heat and feels more like the nihilistic cop movies from the 70’s like The French Connection where nobody is black or white, they all wear shades of grey. You’ll have trouble looking for a hero in this movie but the closest would be Casey Affleck who is determined to “make a difference” despite his uncle Jeffrey (Harrelson) telling him to “out-monster the monster then get home at the end of the night”.

It’s feel good stuff then and the story goes in all sorts of different directions so you have no idea how it will pan out. Chiwetel Ejiofor’s Michael Atwood is the leader of the robbers/corrupt cops and is barely recognizable with a spot on accent. You do feel for his situation though as he and his partners get out of their depth working for mob boss Irina Vlaslov (Kate Winslet).

Speaking of Winslet; she transforms into something we’ve never seen her do before in this movie but I do think that Irina doesn’t do enough to make her truly scary. Just a few more scenes of her doing some nasty shit would have made her more interesting.

Despite the entire cast giving their all the film falls down in the pacing; after a stunning opening heist scene, it drags for the next half hour and loses the tension. Thankfully the second half is where things really pick up and it gets quite nail biting. You know it’s not going to be a happily ever after type of tale so it ends up leaving you with nothing as these kinds movies tend to do.

The script lacks any really memorable dialogue and with so many other kinds of these movies it’s difficult to see Triple 9 standing out.

In terms of action we have shoot-outs and car chases which are well executed although there is nothing to match the street shoot-out from Heat. There I go mentioning that movie again but it’s difficult not to with such a similar genre movie. It is refreshingly adult oriented and certainly earns the R rating; it also doesn’t insult the audience’s intelligence with a straightforward finale which is rare.

The music was interesting but you would expect nothing less from Atticus Ross, so we get something quite innovative and his remix of the Cypress Hill classic “Pigs” will be making its way to my iPod very soon.

Overall, Triple 9 is worth watching for the cast alone and there are some decent set-pieces but the pacing issues in the first half let it down and I’m not sure I would want to watch it again.